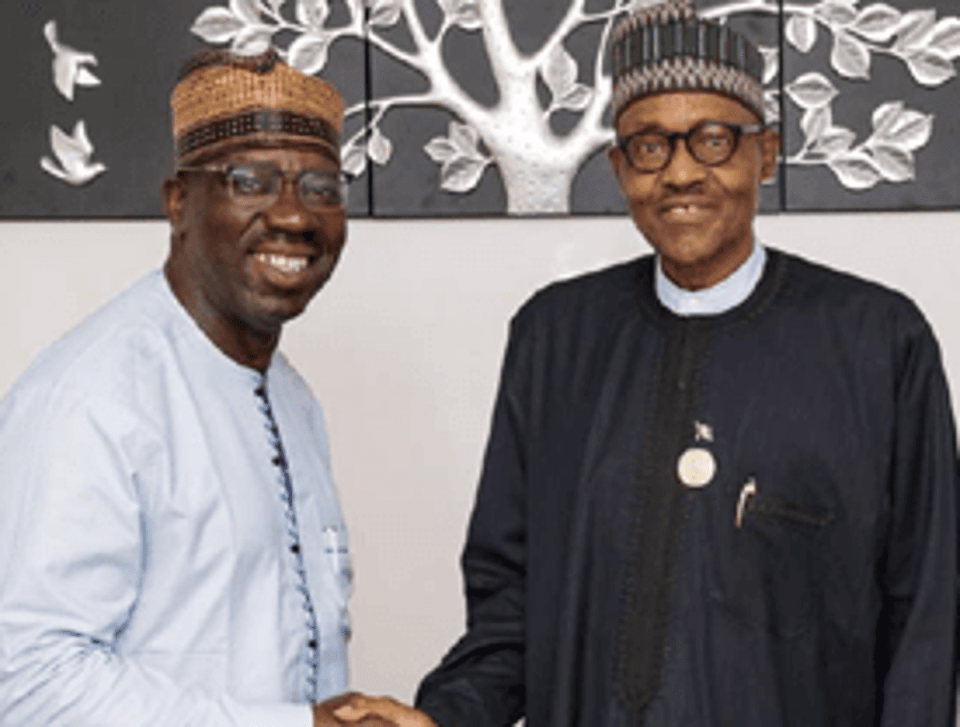 Speaking to State House correspondents after the meeting, he explained reasons why Edo has not passed the anti-grazing law, saying it wanted to be sure it could enforce the law.

According to him, Edo people have resolved that ranching is a private business but since it is expensive, the federal government should make funds available for interested individuals under the National Livestock Transformation Programme.

He said: “Principally, there were four issues I discussed with him. The first has to do with the position of Edo State on the anti-grazing law. As you know, most southern states have passed laws relating to open grazing, but Edo has not because we want to ensure that whatever laws we pass are laws that we can enforce.

“We’ve had extensive consultations with our people, extensive town hall meetings, to deal with the issue that, yes, we do not want open grazing, it is out-modelled, it’s outdated, however, what are the options?

“If we are asking that we should now have ranches and these cattle should now be constrained to specific areas, such as ranches, then who provides the land?

“My people say that, as far as they’re concerned, ranching is a private business and therefore, just like every other agricultural venture, those involved should provide the land.

“As you already know, it is expensive, it is not cheap to run and manage ranches.

“So, what I came to discuss with the President was that since the people of Edo would rather invest privately, those who are interested want to make it a private concern, then the National Livestock Transformation Programme, which is now being implemented by the federal government, should acknowledge our model.

“And should also be able to help people benefit from the funding that is now being made available for people who want to go into the livestock business and make investments in ranches and other similar livestock programmes.

“He, as usual, took notes, and I’m sure he’s going to do something about it.”

Governor Obaseki said he also apprised the president of the debts owed by federal agencies to the state and sought his intervention.

He commended President Buhari for his assistance in an effort to retrieved Edo artefacts from Europe and other countries, assuring him that the Edo state would continue to support his administration.

“As you may already know, there have been attempts over the last 30 years, by various people and various governments, to push for the return of these works.

“We took it as a project about three years ago, I know for me, it was a personal project, worked through most curators or museums in Europe and we were able to come to this breakthrough, which we now have received from the Germans.

“We’ll do all that is within our powers, to make sure that these works are brought back to Nigeria and also for them to be domiciled where they were taken from, which is Benin City,” he stated.

My Achievements in Edo State Cannot be Eroded – Oshiomhole