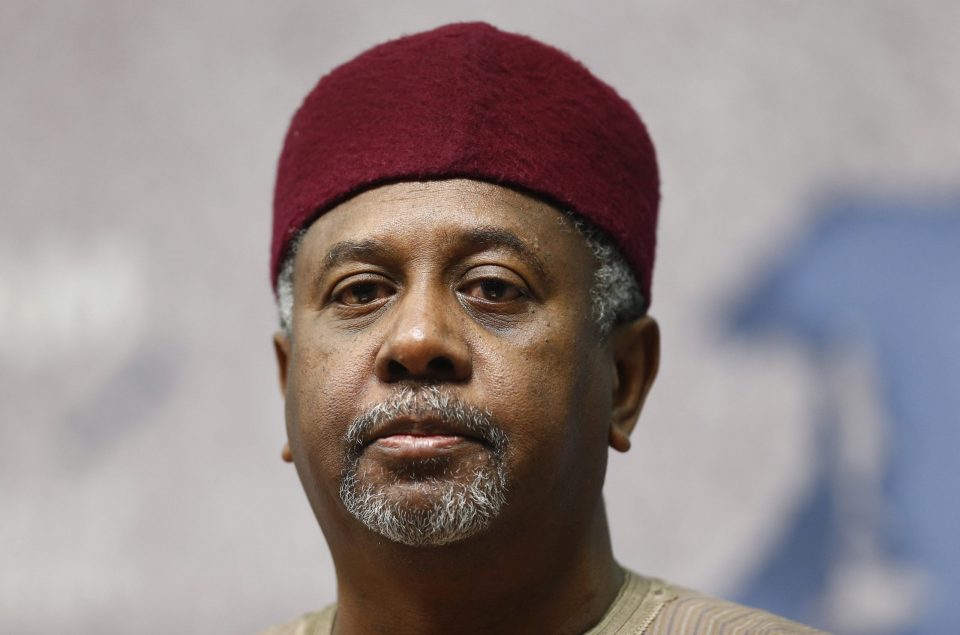 Nigeria’s former National Security Adviser, Sambo Dasuki and three of his children have been fingered in the global Pandora Papers revelation.

It was gathered that three children of Sambo Dasuki, including his teenage sons, kept secret assets in tax havens when he served as National Security Adviser.

This was exposed by Pandora Papers, a project led by the International Consortium of Investigative Journalists (ICIJ), and which Premium Times is a part of.

In the documentation submitted for the company’s incorporation, Adesanya indicated that Hydropower Investment was set up to own real estate and investment portfolios.

The businessman also indicated that the company would, on behalf of the Dasuki family, hold 1.5 million shares in Sino Africa (Nigeria) Limited, a 19-year old company that has him (Adesanya) and a certain Uche Nwokedi as directors.

Hydropower Investments, company documents also showed, will also hold for the Dasukis 10 million shares in Sunrise Power & Transmission (Nigeria) Co. Limited, a company that is locked in a long-drawn dispute with the Nigerian government over the Mambilla power project.

The shell company, Hydropower Investments, was registered on November 14, 2013, with Adesanya and Abubakar Atiku Dasuki, a son of the former NSA, as directors.

But while Adesanya served as the face of the company and used his Lagos home as the contact address for the offshore firm, he held no single share.

Abubakar was 31 years old at the time the company was established while Hassan and Asmau were 18.

The three shareholders are children of former NSA Dasuki, one of the most powerful figures in Nigeria at the time the company was incorporated, and awarded a combined 11.5million shares in Adesanya’s companies — Sunrise and Sino Africa.

There is no evidence that Dasuki or his children paid for the shares. When the registration agent, Trident Trust Company, sought to know how the shareholders sourced the funds with which they planned to acquire the assets, Adesanya simply provided a vague response, telling them the assets would be “carried interest through a loan to be arranged by the sponsor (Leno Adesanya) of the project.”

The second business logjam that Adesanya battled to resolve during the Jonathan administration concerned the $6billion Mambilla power project which was awarded to his company, Sunrise Powers and Transmission Company Limited, but which later became the subject of an intense business dispute and power play.

The Mambilla power project, first conceived in the 1970s and expected to produce 3,050 megawatts of electricity, has stalled owing to controversies surrounding the award of the contract to Sunrise Power.

The award was sequel to a 2003 agreement under the Olusegun Obasanjo-led administration to construct the 3,050MW plant in Mambilla, Taraba State, on a build, operate and transfer basis.

The Jonathan government, in which Dasuki played a prominent role, worked very hard to resolve the logjam.

It is unclear if Dasuki offered Adesanya and his company help in any way. But it was within that period – November 2013 – that Adesanya discreetly incorporated Hydropower Investments for the Dasukis and then awarded them 10 million shares in Sunrise Power and another 1.5 million shares in another of his companies — Sino Africa.

However, after the Jonathan government left office, the legal tussle returned and has remained unresolved, again stalling the execution of the Mambilla project.

Adesanya. speaking through his representative, said he derived no favours from Dasuki and added that “the children wanted to start doing business and they were advised by me to set up an offshore company for discretionary purposes.”

Responding to an inquiry, Dasuki said, through a representative, he did not ask Adesanya to register the company for his children. He said businesspeople sometimes render unsolicited favours to government officials even without their knowledge.

He added that, moreover, his children were adults, who could make business decisions on their own.

WHO Records 5,013 Cases In 46 African Countries