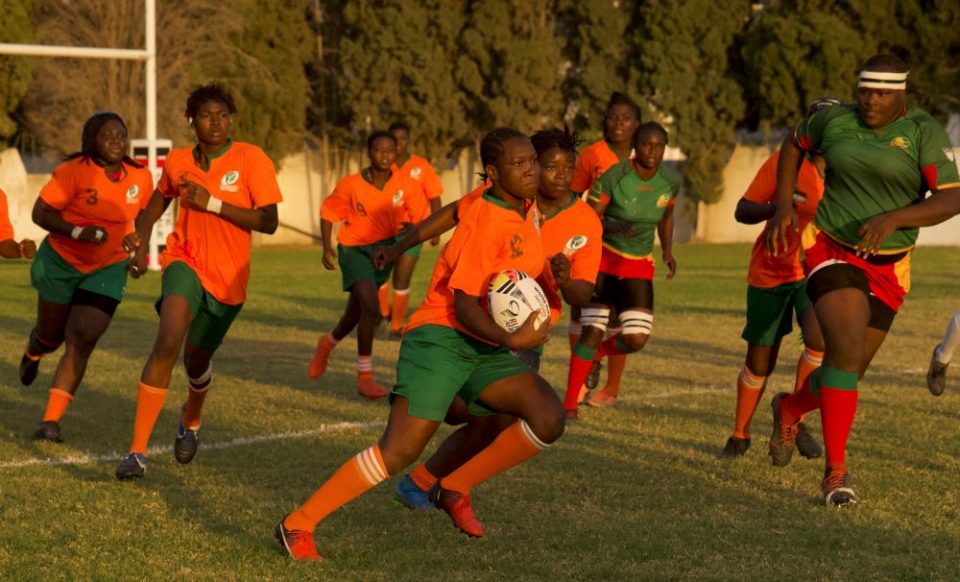 The second round of the Tunisia chapter of the Africa Cup tournament saw Cote d’Ivoire play Senegal who was previously defeated by Tunisia. The two teams met under grey autumn skies on 13th October at El Menzeh Rugby ground in Tunisia’s capital city of Tunis.

Senegal proved their physical and technical superiority winning a resounding victory over Cote d’Ivoire 45 – 5. Not only was the first time these two west African teams had played each other, but the first time they have played 15s in a major tournament.

The game got off to a tentative start as each side tried to weigh up each other up but Senegal’s fast winger No. 12, Fatoumata Bah still got off to a flying start tearing up the pitch and through Cote d’Ivoire’s wall like defence passing to her teammate No. 16 Mariem Coumba Barry being brought down and awarded a penalty kick. As Senegal pushed forward Coumba scored a bold try bring the score at halftime to 13 to Senegal and Cote d’Ivoire 5.

Tunisia is much faster and more technical but with Senegal, there’s a lot more physical contact we are taking these lessons forward and we will do our best

Cote d’Ivoire suffered a number of serious injuries including two concussions, Senegal scored a brave try but as the ball came down on the line so did Cote d’Ivoire’s No. 11 Absa Cherif causing a long pause in the match as medics attended her, despite this Cote d’Ivoire’s morale did not seem to be dinted but they failed to score for the rest of the match.

Senegal had learned from their mistakes in their match against Tunisia last Saturday building upon their physical prowess in the scrum to develop their passing and learning to use their wingers better.

Just three minutes into the second half Senegal’s No. 14, Amy Nyafouna scored another try, and as Cote d’Ivoire began a long series of substitutions Senegal landed two more tries by No 10 Fatou Diame, followed by No. 12 Fatouma Bah bringing the score up to 33 to 05 before a water break and this time it was Senegal to change players but it was No. 4 Dieynaba Camara who had played the whole match who scored the final two tries for Senegal winning her the title of Woman of the Match.

Senegal have turned out respectably losing their first game against Tunisia but winning one today, Dieynaba said they had learned a lot from playing 15s at this level, “we knew that we needed to start slowly and not to make the same mistakes we did against Tunisia,” she added, “this match has given us a lot of confidence.” Senegal’s team coach, Simon le Noir said “we kept to the same game plan for this game, and all the tournaments,” looking to the future of the team’s 15’s game he said “we want to create our own style of playing 15’s”

Kama Tidiane, Vice President of the Rugby Federation of Cote d’Ivoire is looking ahead to Saturday’s final game in the tournament series against Tunisia, “Tunisia is much faster and more technical but with Senegal there’s a lot more physical contact we are taking these lessons forward and we will do our best.”

Senelec: Boosting the Efficiency and Reliability of Senegal´s Power Grid