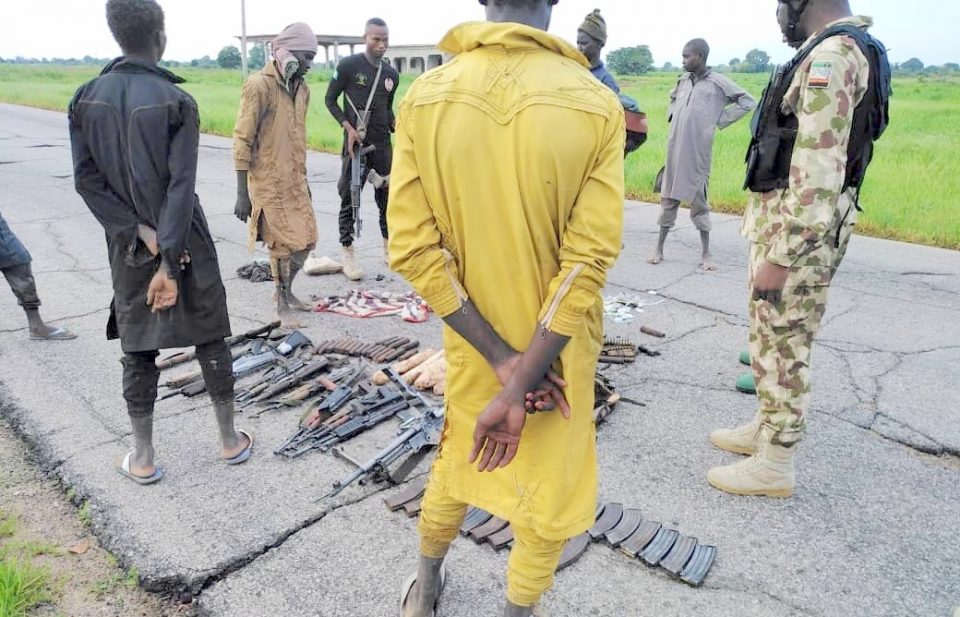 A United States newspaper has exposed how the Boko Haram partners armed bandits in the North-East to abduct Nigerians with the aim of collecting ransom from governments and individual families.

According to The Wall Street Journal reports,  a panel of United States policymakers uncovered how Boko Haram terrorists operating in the North-East have been collaborating with armed bandits terrorising communities across the North-West to collect the ransom.

WSJ reports that the U.S. has not recognised armed banditry as a direct threat to its interest, but officials have been monitoring bandit commanders and their possible coordination with Boko Haram insurgents.

“The bandits are a distant priority for U.S. policymakers focused on Nigeria’s jihadist threat, though American officials say they have intercepted calls from suspected Islamist militants in the northeast who are advising bandits in the northwest on kidnapping operations and negotiations,” the Journal said in a report published on Saturday.

The report could bolster widespread calls for President Muhammadu Buhari to declare the bandits as terrorists, even though they have no declared political or religious aim.

Administration officials said the government was not in a hurry to label the bandits but has ordered security forces to intensify raids of unsecured forests and other hideouts.

”The problem is to understand the culture of the cattle rearers, the Nigerian cattle rearers do not carry anything more than a stick. Sometimes they carry machetes to just cut some herbs for the cattle, but those foreigners from other parts of Africa are carrying AK-47,” Mr Buhari had said in an interview earlier this year.

But the bandits have acquired weapons far more assorted than AK-47, and they have recently shot down a fighter jet deployed to conduct reconnaissance operations in the hostile region.

The Journal disclosed the U.S. findings as the outlet was reporting that the Nigerian Air Force paid N20 million in ransom to buy back an anti-aircraft machine gun from bandits before they could use the machine to bring down the president’s plane.

Peoples Gazette could not immediately confirm that the U.S. has shared its intelligence around Boko Haram-bandits collaboration with Buhari or his national security appointees.

Although the Nigerian military has launched frequent attacks to take out bandits across the North-West, the gangs have shown stronger capabilities and resilience in confronting government forces over the past year.

The Nigerian Air Force confirmed on July 19 that bandits had shot down one of its fighter jets, but the pilot was able to eject without and there were no casualties. The incident came as Mr Buhari was visiting his hometown for this year’s Sallah.

In August, the bandits breached the Nigerian Defence Academy in Kaduna, killing soldiers and abducting other officers, including an army major. At least three military bases have also been raided in Sokoto and Zamfara within the past few weeks.

Verdant Capital Gets Independent Advisory Firm Award Of The Year