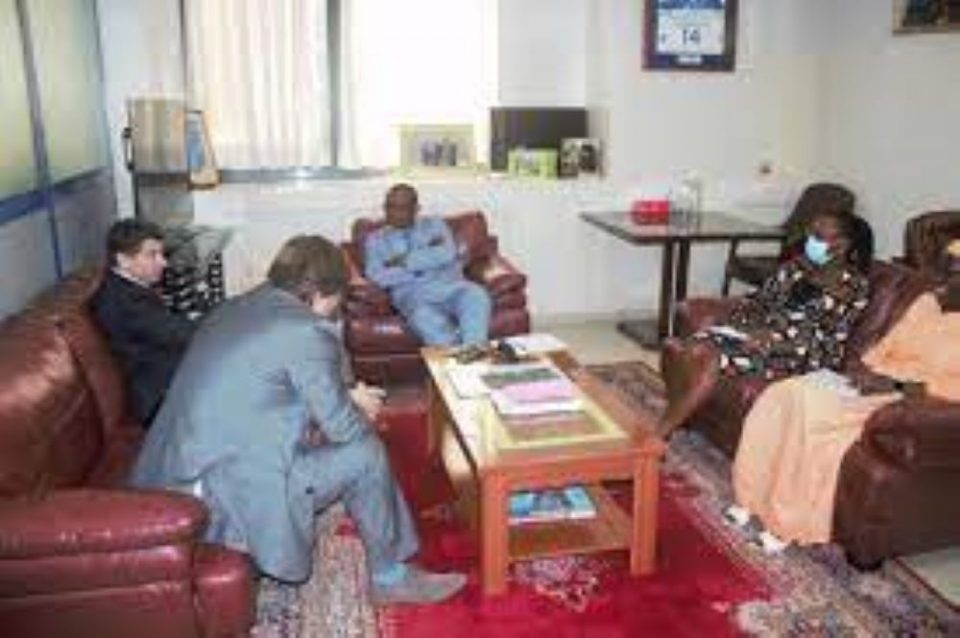 Television Signal piracy is a real shortfall for the audiovisual industry, nowadays. During the African Nations Championship held in Cameroon in January-February 2021, opportunity was given to the African Union of Broadcasting to take stock of satellite and online piracy, during broadcast time. Out of 32 games delivered in 21 days, several were screened illegally.

Evil spirits cheerfully took over the signal not only to broadcast matches involving their national teams, but also to redistribute it to those without rights.

As the Africa Cup of Nations (AFCON) approaches with leaps and bounds, stakeholders involved in the exploitation of broadcasting rights are committed to tackling audiovisual piracy during encounters.

On October 15, 2021, the issue was at the center of discussions between the delegation of the Canal + Group and Officials of the African Union of Broadcasting, in Dakar.

The meeting chaired by the AUB’s Chief Executive Officer, Grégoire Ndjaka aimed at putting in synergy technical and legal measures to secure the signal of African channels whose governments spend huge sums of money to acquire the rights.

Objectively, it is very important for both parties to defend the issue of broadcasting rights since TV Channels also depend on the advertising market to regain financial strength during major competitions.

However, the AUB it faced with numerous challenges on the field.  According to the Union’s Ceo, “Our permanent concern is the protection of TV signal. The fight ought to be carried at all levels. Are you allowed to screen the match? If yes, there is no problem. Secure your signal. But if you don’t have a broadcast contract, should you be allowed to operate illegally while others are paying? That’s the problem!”

On a technical standpoint, Alexandre Gruner, Director of Channel Relations and Partnerships at Canal +, reassured both parties of the technical prowess of the Canal+ Group: “If we have compelling evidence and take note of any illegal activity on Canal+ bouquet concerning AFCON or the FWC, be rest assured, we will suspend your signal!” he warned.

Sebastien Punturello, Managing Director of Canal+ Senegal, acknowledged the difficulties on the ground: “I spend at least 20-30% of my time-fighting signal piracy. For several years, we have actively led the battle thanks to the support of local authorities, our relations, various ministries (Culture, Communication, and Justice) as well as the National Audiovisual Regulatory Council – CNRA Senegal “, he mentioned.

Almost everywhere on the continent, television signal piracy is developing using handcraft techniques, helped by ICTs and “other rival groups whose audience rates sometimes compete with those of Canal+ whereas they haven’t acquired the right to broadcast in certain territories in Sub-Saharan Africa ”, Mr Punturello added.

Whether encrypted or not, TV signal piracy is a threat to intellectual property rights. A football competition that is not bought ultimately and ends up being squandered on the piracy market is a threat to the development of the audiovisual industry.

Putting an end to Dakar’s gathering, Officials of the two corporations promised to meet in the coming days in Paris, for further consultations.