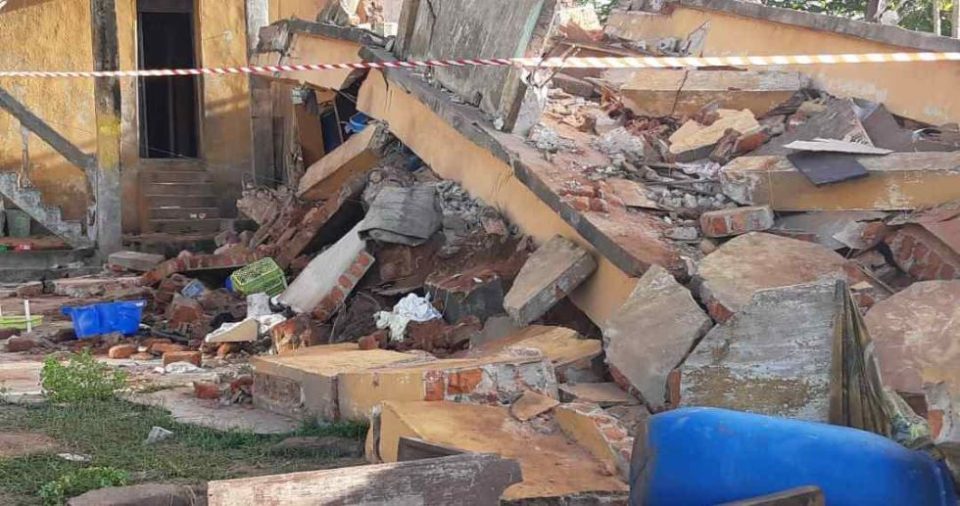 The abandoned two-story building that collapsed around Haruna Bus Stop, in the Ikorodu area of Lagos State has left a 25-year-old Joseph Ilesanmi, dead two others injured.

Two other victims, who sustained injuries when the building caved in around 10 pm on Monday were rushed to the general hospital in Ikorodu for urgent treatment.

The Acting Zonal Coordinator, National Emergency Management Agency, Ibrahim Farinloye, said the occupants were living in the building against the warning of the landlords.

He added that the building had been pulled down.

Farinloye said,  ‘It was reported that it was an abandoned building that the owners had asked the occupants to leave but those there are said to be staying there without the consent of the owners.

“Immediately the incident occurred, the local residents within the area mobilised themselves to carry out initial rescue activities. Though, fire service and police responded but were unable to do much due to the unavailability of equipment to lift the rubble on the suspected location of the trapped victims.

“One body was recovered. The collapsed building was an extension. The emergency phase of search and rescue has ended with the evacuation of all debris to ground zero with no additional body recovered.

“So far, two rescued alive with injuries and one body recovered. The injured victims are currently at the Ikorodu general hospital receiving medical treatment.”