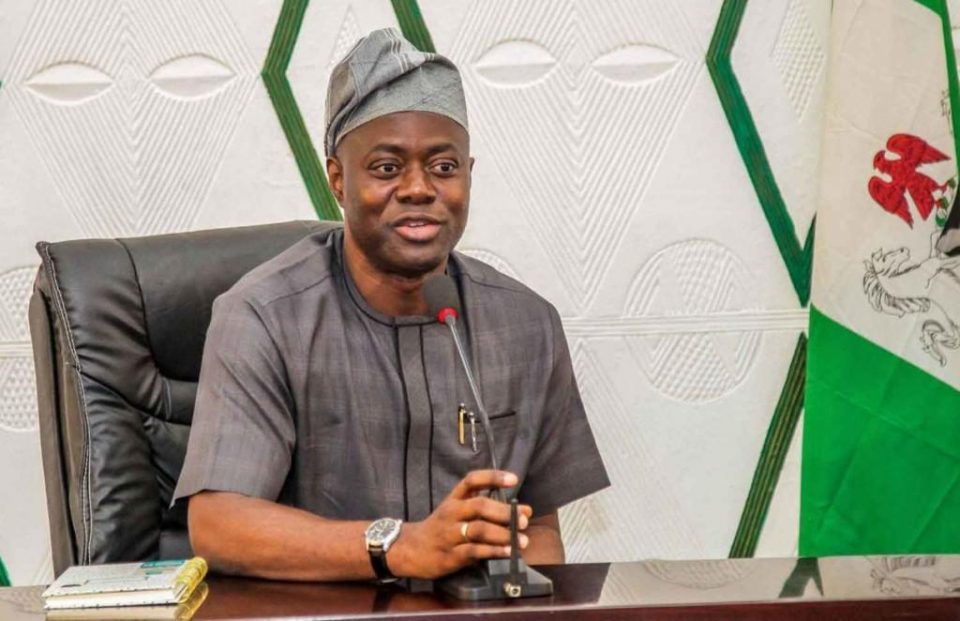 Following gunmen attack on the Abolongo Correctional Facility, Oyo on Friday night, Governor ‘Seyi Makinde, has called for calm over the jailbreak, stating that all security agencies in the state have been put on high alert and that the state would do everything to protect its citizens and all state and national assets

Makinde, who stated this in a state broadcast aired on the Broadcasting Corporation of Oyo State (BCOS) on Saturday night, said the government has directed the security agencies to deploy personnel to critical national assets within the state and to monitor all entrances and exit points across the state.

He urged all residents of the state to be watchful and to call the Security Emergency Number 615 in case they notice any untoward movement of persons or development, repeating the call to action, “if you see something, say something.”

Makinde, however, commiserated with the families of the two slain security agents, a corporal of the Nigerian Army attached to Operation Burst, and an Operative of the Oyo State Amotekun Corps, that died during the attack.

The governor had earlier visited another Amotekun Corp, Shukurat Omoba, who was injured in the attack and in critical condition at the University College Hospital, UCH, Ibadan.

He added that the state is deploying all resources to ensure that she survives the situation, while also urging residents to join in prayers for her speedy recovery.

The governor said: “I am addressing you today to update you about recent happenings affecting the security of our state.”

“Last night, security operatives responded to a distress call about a jailbreak in the Abolongo Correctional Centre, Oyo town.”

“The correctional facility had been attacked with explosives, and some inmates were set free.”

“Our security men were ambushed. As a result, we lost two of our security agents – A corporal of the Nigerian Army attached to Operation Burst, and an Operative of the Oyo State Amotekun Corps.”

“Aside from the two lives lost, we had several operatives injured. I must mention that one of our Amotekun female volunteers, Shukurat Omoba, is presently in critical condition.”

“I have visited her at the hospital, and we are deploying all state resources to ensure that she survives this.”

“Please, let us all join in prayer for her speedy and complete recovery.”

”Although some inmates have been recovered and taken back into custody, some are still at large. All security agencies have been placed on high alert to ensure that all that escaped are rearrested and returned to custody.”

“I am, therefore, using this opportunity also to put the citizens on alert. There is no better time to repeat the call to action: if you see something, please say something. These criminals would want to go to areas where they will not be easily rearrested.”

“If you spot any unexplained strangers in your community, please call the 615-security emergency number immediately, and make a report.”

“I have directed the security agencies to deploy personnel to critical national assets within the state and to monitor all entrance and exit points across the state.”

The governor equally called on residents of the state to disregard speculations doing the rounds on social media about the attack, stating that the authorities have begun investigations into the matter.

“I appeal to you, the good people of Oyo State, to remain calm. We are aware of the various speculations going round especially on social media regarding the reason for this attack. I urge you all to disregard any such rumours as the authorities are still investigating the matter.”

“Rest, assured that we will continue to do everything we are constitutionally allowed to do to secure our state,” Makinde added.