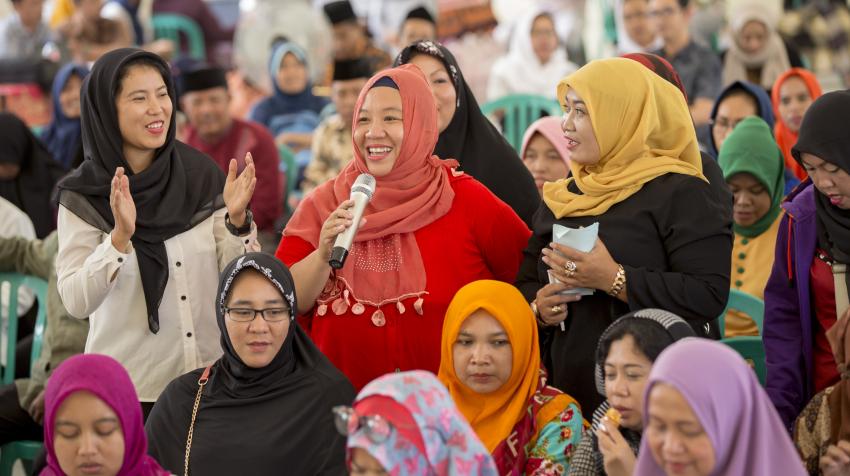 The dialogues, attended by about 200 participants in Dhuusamareb, were organized jointly by the African Union Mission in Somalia (AMISOM) Political Human Rights and Gender (PHRG) Unit in conjunction with the Ministry of Women and Human Rights Development (MoWHRD) of Galmudug State.

Speaking during one of the events attended by 140 clan elders and other decision-makers, Galmudug States Minister of Women and Human Rights Development Ubah Hussein Dhiblawe urged elders and key decision-makers to safeguard the 30 per cent women quota in the ongoing elections in Somalia.

“This program is about supporting women’s participation in the ongoing parliamentary elections in order to achieve 30 per cent of seats in parliament. I hope we can depend on the support of community elders, religious elders and key influencers to ensure that women candidates in the ongoing elections are elected,” Minister Ubah said during her opening speech.

In response, community elder Mohamud Abdulahi Hurre said that for the country to develop, it is necessary that women become part of all political and nation-building processes currently underway.

“As community elders, we stand by calls to empower women and their political participation has our full support. No one should deny women their political rights. Women are leaders in many ways. They are our mothers, sisters, daughters and spouses and they certainly deserve to play their part in politics,” he added.

The workshop facilitator, Halima Ali, expressed optimism that the dialogues would bring about a change in attitude in Galmudug State towards supporting women candidates.

“For women to participate there is a need for attitude change which is what these engagements are all about. We have heard commitments from various players that they will support the election of women candidates in the elections. This is encouraging,” Halima said.

Over two days, participants discussed the significance of women in leadership, lobbying skills for political inclusion and nation-building, among many other topics.

“These workshops are of great benefit”, said Fatuma Abd, a participant. “We have been trained on how to lobby for women participation in politics and how to help change attitudes that hinder women from taking part in politics.”

Somalia’s international partners advocate for the inclusion of women in politics and continue to urge leaders to safeguard the women’s 30 per cent quota in the 2021 elections.