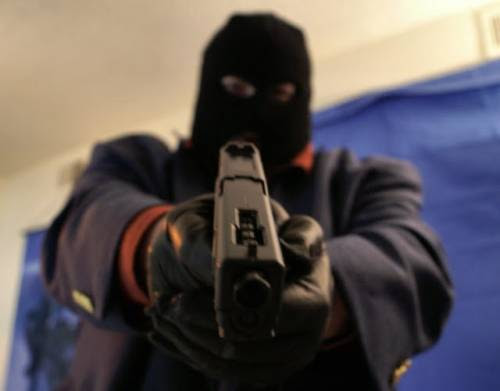 The three officers shot dead inside the Police station were a constable and two inspectors who were on night duty that fateful day.

A resident of Uwana, who craved anonymity told Daily Trust that the gunmen were masked.

He said one of the attackers was killed during the attack, which occurred in the wee hours of Sunday.

He said: “They killed 3 policemen; one constable and two inspectors and the police killed one of the gunmen.

“Nobody knows the identity of the gunmen but the body of the slain officers have been taken to the mortuary.

“The incident happened around 2 am; nobody can tell the route the hoodlums came from. All we heard were gunshots for about 10 minutes. At the moment, there is no information to know if they destroyed or stole anything from the police station.

“The men were masked, but the one killed had his face unveiled by the police to ascertain his identity. The deceased hoodlum had red clothes tied around his waist.”

When contacted the state commissioner of Police, Mr Aliyu Garba, neither denied nor confirmed the report.

He referred our correspondent to the Police Public Relations Officer (PPRO), DSP Loveth Odah, who did not respond to the inquiry.

Daily Trust gathered that some elected political officers holders like the council chairperson, Barr. Mrs Obiageri Oke-Enyim, councillors and coordinators from the LGA visited the station before noon to assess the situation.

The attacks on police stations in Ebonyi is gradually becoming a weekly affair in the state.

Daily Trust reported that yet to be identified hoodlums had last week attacked Ohankwu Police station in Ohankwu local government area of the state and killed a police sergeant.

Suspected militants of the Indigenous People of Biafra (IPOB) have been blamed for the attacks but they have denied this.