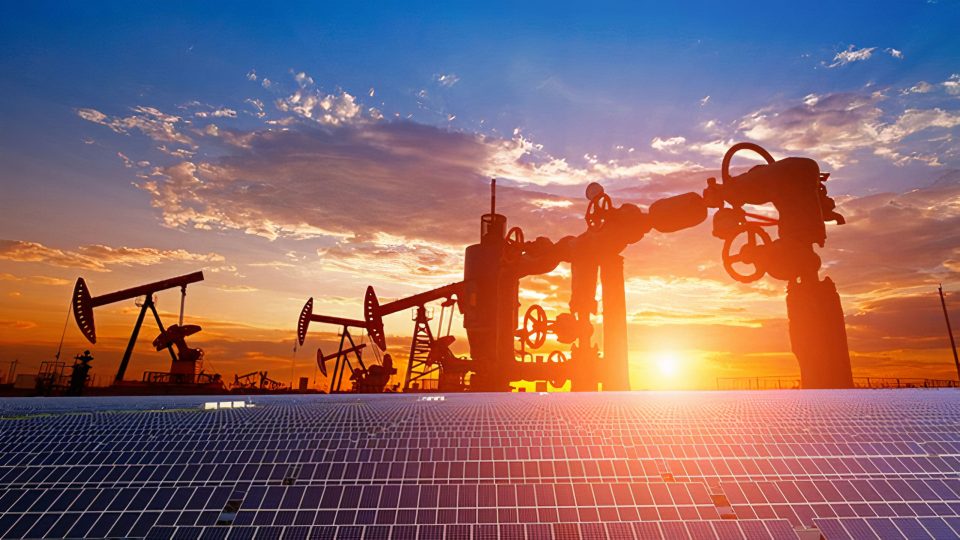 By NJ Ayuk, Executive Chairman of the African Energy Chamber

When nearly 200 government and business leaders from around the globe signed the Paris Agreement in December 2015, they did more than commit to cutting greenhouse gas emissions to combat climate change.

They also called upon developed countries to help with the considerable funding, technology transfers, and capacity-building undeveloped countries need to successfully transition away from carbon-emitting fossil fuels toward renewable energy sources.

Equally important, the treaty they signed calls for a “just and inclusive” energy transition, meaning that the road to renewable energy sources is not to be littered with the economic well-being, energy security, and stability of the world’s developing nations. It means decisions to curb CO2 emissions are not to be made in broad, sweeping strokes, but with an eye to potential impacts on individuals and communities. And it means that those who stand to be impacted by efforts to cut greenhouse gas emissions will have a voice in how those measures are carried out.

Recognizing the need for this a just energy transition represents global cooperation at its best.

Unfortunately, what we’ve observed in practice hasn’t exactly lived up to those ideals. What we’re seeing instead is more of an “ends justify the means when it comes to preventing climate change”  mindset. Climate change anxiety seems to be overshadowing reason, respect, and compassion.

The global community’s approach to Africa’s energy industry, in particular, sometimes resembles a panicked crowd stampeding out of a movie theatre after a fire alarm is pulled, oblivious to those who are trampled in the process.

During the last couple of years, the global community has increased pressure on African countries to speed up their energy transition. They have pushed financial institutions to divest from oil and gas and coal.  Investments in African oil and gas projects have dramatically decreased, and even worse, countries, organizations, and financial institutions have started pressuring those still considering African investments to reconsider.

Meanwhile, the funding commitments developed countries made to developing countries, billions of dollars in climate finance, have not been met.

That’s not what a just energy transition looks like.

If the world truly wants to honor the goals of the Paris Agreement, then we can’t pick and choose the parts we comply with.

We address this topic in-depth in the 2022 Africa Energy Outlook, (“The State of African Energy 2022”) which we’re releasing this month. The report explores the opportunities that renewable energies represent for African nations — as well as significant challenges associated with prematurely abandoning fossil fuels, from impacts on government revenue to missed opportunities to address the continents’ widespread energy poverty.

The Promise—And Limitations—Of Renewables in Africa

Too often, during conversations about Africa’s energy landscape, people assume that I — and the African Energy Chamber (AEC) —are so caught up in protecting the continent’s oil and gas industries that we’ve lost sight of the importance and value of adding renewables, including solar, wind, and hydrogen, to Africa’s energy mix. That’s simply not true. In fact, the AEC 2022 outlook explores the benefits that renewable energy represents for Africa in great detail.

Our report calls for a broader African energy mix to accommodate rising energy demand in Africa, and it notes that increasing the usage and production of renewables stands to result in job creation, economic growth, social and health benefits, along with climate change mitigation. The International Renewable Energy Agency (IRENA) says that renewables will create 45 million jobs around the world by 2050 and lead to a 2.4% rise in the global GDP.

That is truly exciting news. However, those global benefits won’t necessarily be equally distributed, at least not yet. When we talk about growing Africa’s renewables industry, we must consider the capacity deficits that exist here. In 2018, for example, World Bank reported that while solar power was a promising means of addressing energy poverty in Africa and Asia, both continents lacked “job-ready talent to finance, develop, install, operate and manage solar power systems and other off-grid energy solutions.”

Until we address the need to build local capacity, African individuals and entrepreneurs are not going to be able to fully capitalize on the job and business opportunities new and expanded renewable energy operations represent. Foreign companies will take the lead. Workers will be brought in from Western countries. Africans may get entry-level positions — which I don’t oppose at all — but many will be passed over when it comes to better-paying positions with more responsibility.

That’s why the AEC advocates for technology and skills-sharing among Western investors and Africans. It’s why we’re pushing for the creation of local content regulations geared for renewable energy sectors and financing initiatives that will help local entrepreneurs compete effectively with their western counterparts. Most of the renewable energy players in Africa are not African. Africans are given little or no access to financing. The level of African participation in this green economy is very low and it creates more doubts about the industry opening up to many young people who seriously want to be players. It’s reasonable to demand a level playing field for Africans — and the time necessary to create it.

Of course, time is only part of the equation. To be frank, African nations also will need money. They need to put skin in the game. Its wrong to just wait for Europe and America to give you aid to build your economy or even finance energy growth. That foreign aid model has not worked in the past and will not work in the future.

An Honest Conversation About Money

Establishing widespread renewables usage and production is expensive. This is not unique to Africa: Countries around the globe are investing serious money into their own energy transitions. In 2020 alone, global spending on the energy transition totalled $501.3 billion, according to BloombergNEF’s (BNEF’s) Energy Transition Investment Trends report.

“A geographical split of BNEF’s energy transition investment data shows that Europe accounted for the biggest slice of global investment, at $166.2 billion (up 67%), with China at $134.8 billion (down 12%) and the U.S. at $85.3 billion (down 11%),” sustainability writer Felicia Jackson reported for Forbes earlier this year.

As the AEC Outlook says, renewables can foster economic growth (under the right circumstances) but that growth comes at a cost.

“Equal growth needs to be observed in annual investments, as the African energy system must see double the investment by 2030 to $40 – $65 billion,” the report states.

The falling cost of green energy technologies will help, the report continues, and we have seen commitments to invest in African renewables. For example, the African Development Bank (AfDB), the Korean Ministry of Economy and Finance, and the Export-Import Bank of Korea are providing $600 million for renewable energy solutions.

The report goes on to cite efforts by the International Finance Corporation (IFC) and The Rockefeller Foundation (RF), which have partnered to mobilize $2 billion of private sector investment in distributed renewable energy solutions, including scaling a mini-grid program and battery energy storage. There are other examples as well.

But, honestly, when you look at the level of investments being made elsewhere, the activities in Africa can only be described as a good starting point. We will need more.

The energy transition that works for Great Britain, or Norway, or Japan is not going to work for African countries. Our continent, and each of our countries, have unique needs and challenges. Our report has not hesitated to address them, even situations that reflect poorly on African countries and their governments, from a lack of regulatory and legal frameworks, which can make investments in renewables more expensive, to problems with existing electricity grids.

“It’s important to note that each country has different socio-economic starting points and political ambitions, which will take them down different paths in the energy transition. The transitional pace is dictated by each country’s current dependence on fossil fuels, existing industrial productivity, future technology choices and depth/diversity of domestic supply chains,” the report states.

And while it may sound counterintuitive to the Western world, the strategic use of oil and gas can help African nations address these challenges. Gas can be monetized and used to create an infrastructure that supports economic diversification. It also can be used to minimize energy poverty, which has made economic growth next to impossible for many African countries.

What’s more, the very presence of international oil companies (IOCs) in Africa allows for much-needed technology transfers, which will help pave the way for a successful energy transition.

We find it frustrating to see the global community dismiss business activities with great potential to benefit African people, communities, and businesses simply because they involve fossil fuels. It’s difficult to be moved by platitudes written by people in a completely different reality, in a world where energy security is a given and acts of terrorism triggered by lack of jobs or economic uncertainty are unthinkable.

Don’t be so quick to snub — or get in the way of — opportunities that could mean the world to Africans. A small handful of examples included in the AEC outlook report are:

Operators in the region have also focused on fast-tracking recent discoveries like Cuica and Eban in the deep waters of Angola and Ghana respectively, because of their proximity to existing infrastructure.

Include Africa in the Conversation

The African Energy Chamber advocates for a just energy transition for African countries, one that supports international goals for emissions reduction and climate production without putting African needs and priorities on the chopping block.

We look forward to working alongside the international community to achieve that objective. We simply are asking for conversations instead of lectures, partnerships and investments instead of interference and obstacles.

We realize the international community has valuable guidance, knowledge, and technological advances African nations can benefit from. We simply would like the rest of the world to acknowledge that African voices have much to contribute, as well.

Maybe then, we can build a future that’s good for all of us — and pave the way for a truly just and inclusive energy transition.

Verdant Capital advises Baxi on its sale to MFS Africa

Wife Under Threat After My Interview On 2023 Presidency – PDP, BOT Chair