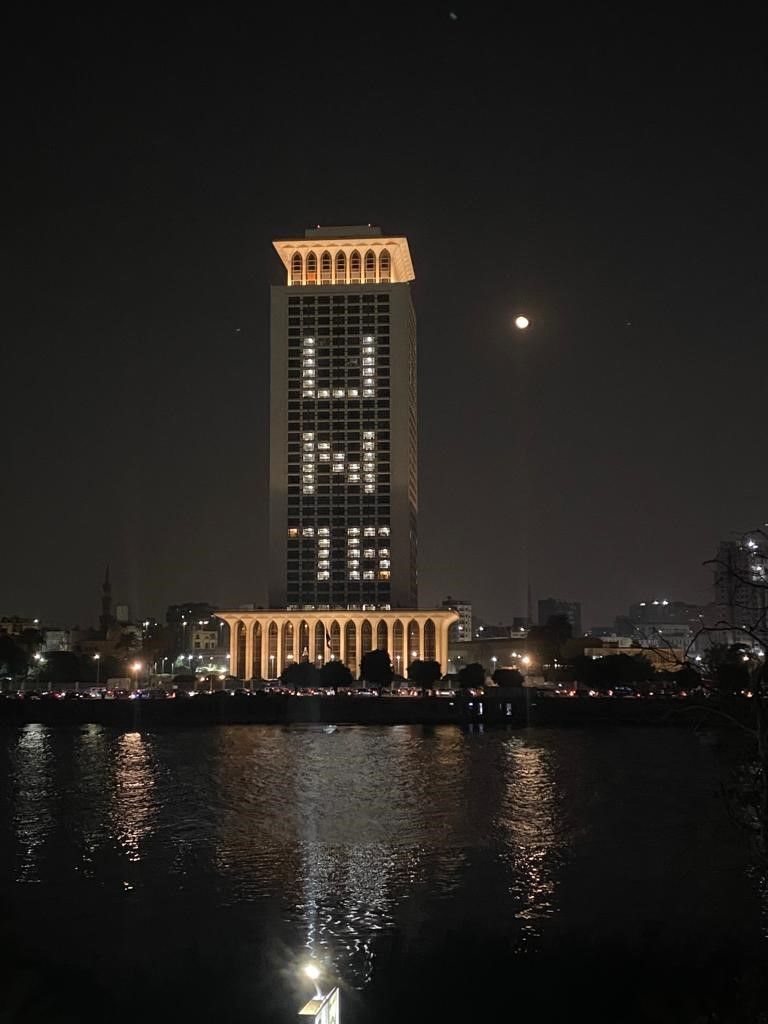 As part of Egypt’s celebrations of 76 years of strategic partnership and joint cooperation with the United Nations, the headquarters of the Egyptian Ministry of Foreign Affairs lit up this evening on the occasion of the celebration of United Nations Day, which falls on October 24.

The Egyptian Foreign Ministry has lit up its landmark office tower overlooking the east bank of the Nile in downtown Cairo with the world organization’s two-letter acronym “UN” and “76” gracefully displayed on the entire building’s front. The illumination was part of several activities and events organized jointly with the UN system in Egypt to mark the 76th anniversary of the UN.

On this occasion, Ms Elena Panova, the United Nations Resident Coordinator in Egypt stated; “I would like to express my deep appreciation to the Government of Egypt and the Egyptian Ministry of Foreign Affairs for our joint commemoration of the UN Day 76. This celebration reflects our long-standing cooperation in maintaining global peace, security and sustainable development. Egypt has been always a key contributor to the United Nations and a strong multilateral partner.” She added; “we mark the UN Day at a very critical moment when the whole world is a fighting coronavirus. There is an urgent need to strengthen solidarity through a more effective, inclusive and networked multilateral approach as stated in Our Common Agenda released by the UN Secretary-General Antonio Guterres at the 76th UN General Assembly,  affirming the necessity to deliver on our promises to the future generations and achieve the Sustainable Development Goals”