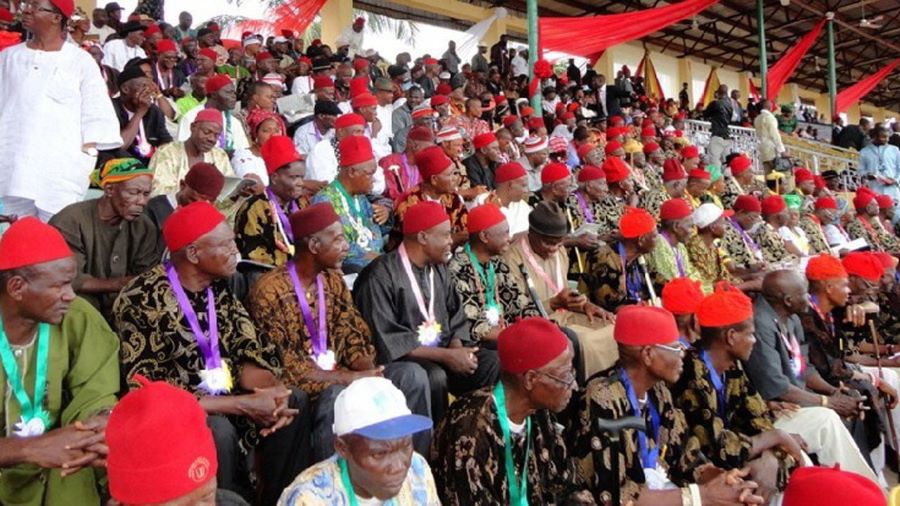 Ohanaeze Ndigbo, the apex Igbo socio-cultural organisation, has appealed to the leadership of Indigenous People of Biafra to allow the Anambra State governorship election to hold by calling off the sit-at-home order slated for November 5 to 11.

The leadership of Indigenous People of Biafra, IPOB had ordered the South-East people of Nigeria to sit-at-home beginning from November 5 to November 11.

However, Ohanaeze Ndigbo is appealing to IPOB to re-consider its stands on the sit-at-home order to the Igbo race of the South East of Nigeria, adding that boycotting the election would not be to the benefit of the Ndigbo.

In a statement on Wednesday by its National Publicity Secretary, Chief Alex Ogbonnia, made it clear in a titled, ‘Ohanaeze pleads with IPOB for Anambra election.’

He said: “Ohanaeze Ndigbo Worldwide pleads with the Indigenous People of Biafra (IPOB) to reconsider the 7 days’ Sit at Home order in the South East of Nigeria from November 5 to November 11. This is to enable the governorship election for Anambra State scheduled for November 6 to hold.

It is important to note that Anambra State is the economic live wire of the South-East with an impressive steady growth trajectory. For instance, Anambra State showcases the best rural road network and rural community development in the South-East if not in entire Nigeria.”

Ohanaeze Ndigbo also called on the Chairman, South-East Governors Forum and the Governor of Ebonyi State, David Umahi, to convene an emergency meeting of Igbo stakeholders and youth leaders to address the crisis in the South-East, especially as it related to the Anambra State election and the political solution for the release of Mazi Nnamdi Kanu.

“It is important to point out that one of the causes of the crisis of confidence in the South-East is because of the yawning gap between the youths and indeed the masses on one side and the political leaders on the other. Therefore, the leadership of the various youth groups should not be excluded from any meeting aimed at resolving the current crises in Igboland.

“Ohanaeze Ndigbo reiterates its solidarity with any group that protests the Igbo alienation in the project Nigeria with caution for restraint, maturity and wisdom. It is based on the foregoing that Ohanaeze adopts the philosophy of dialogue, negotiations in coalition with other concerned groups that comprise the Southern and Middle Belt Leadership Forum led by Chief Edwin Clark.

“It is also lamentable that the burial ceremony for the Afara Ukwu born Chief Mrs Victoria Aguiyi Ironsi, slated for November 5 in Umuahia, Abia State, may be affected by the prevailing Igbo social climate. General Aguiyi Ironsi represents so many things to the Igbo and we owe his soul a duty.

“Ohanaeze Ndigbo urges the Governor of Anambra State, Chief Willy Obiano, to convene a joint meeting of the Anambra State chapter of Ohanaeze Ndigbo, led by Chief Emeka Udodeme, and the Association of Town Union, led by Titus Akpudo with a view to activating meetings in all the 181 towns of Anambra State. Traditional rulers, Archbishops, Bishops and the Clergy are also requested to brace for their roles as the cultural and spiritual leaders of society.

Ohanaeze warned that the “disruption of the Anambra State election and the adverse consequences will be a major setback to the Igbo civilization,” the statement added.