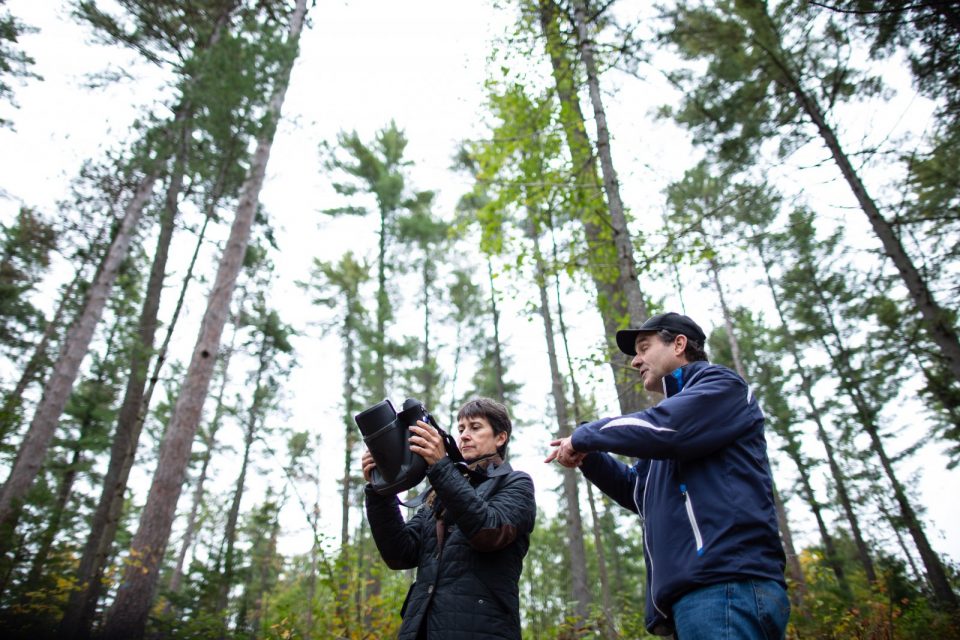 Leading African and international scientists to join today the growing call for the government of the Democratic Republic of Congo (DRC) to cancel its plans to lift a 20-year ban on new industrial logging concessions. Over 25 scientists sent a letter to international donors warning of the social and environmental impacts of an imminent lifting of the moratorium.

Environmentalists fear that a $1bn DRC forest agreement set to be announced at COP26 is likely to greenlight massive new logging (https://bit.ly/3Boelfi) of the world’s second-largest rainforest.

“Guarding intact forests is crucial for the recovery of an increasingly warming planet (https://bit.ly/3jJFTps). It is important that we do not take our forests and their future existence for granted,” says Corneille Ewango Ekokinya (https://bit.ly/3jLFaE6), Professor at the University of Kisangani. “It would be good if the government would extend the moratorium on new industrial logging and find other ways to develop the economy beyond felling the rainforest,” he added.

Plans to lift the ban were announced by the DRC Environment Minister, Eve Bazaiba, and adopted (https://bit.ly/2XTpXJA) by the Council of Ministers on 9 July, amid forest protection talks (https://bit.ly/3ml467l) with international donors including Norway, the UK, Germany and France.

Scientists warn of “catastrophic environmental, social and climatic impacts,” which could “result in tens of millions of hectares of currently pristine rainforest being opened to industrial exploitation.” They argue that commercial logging – “even if only for selected timber species” – often leads (https://bit.ly/3Enxhgb) to complete forest loss.

The Congo Basin may be the last of the great rainforests still acting as a carbon sink following recent studies indicating the Amazon has become a net carbon emitter (https://bit.ly/3nwa1pi). Expanded logging in DRC could also threaten the Cuvette Centrale peatlands (https://bit.ly/3nDoIqP), an ecosystem that stores 30.6 billion tonnes of carbon and risks driving species to extinction.

The logging industry has often harmed forest-dependent communities. Yet it is “widely recognised (https://bit.ly/3ml8uDm) that forests under the control of Indigenous Peoples and other local communities” – now legally possible in DRC – deliver positive “environmental, social and economic outcomes.”

The scientists warn the DRC government and its international partners that any expansion of industrial logging in the country would be inconsistent with their forest protection programmes. Instead, support should be directed to alternative measures such as community forestry and tighter controls over logging companies.