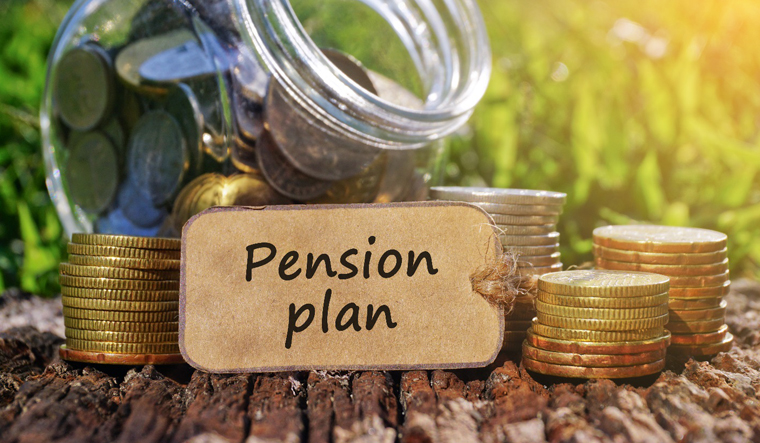 No fewer than 20 states have yet to commence the payment of pensions to retirees after opting to join the Contributory Pension Scheme, investigations by our correspondents have revealed.

The CPS was established by the Pension Reform Act, 2004 to provide a sustainable system of pension payment and correct abnormalities in the pay-as-you-go Defined Pension Scheme under which retirees suffered awaiting their stipends, while many died without getting their entitlements.

Industry stakeholders are worried that the non-payment of pensions, which characterised the old scheme, has begun to affect the CPS.

A report by the National Pension Commission titled, ‘Level of implementation of the Contributory Pension Scheme by states as of June 2021’, which was obtained by The PUNCH on Thursday, showed that 25 states had enacted laws to join the scheme.

Others are Sokoto, Adamawa, Ebonyi, Nasarawa, Enugu, Oyo and the Federal Capital Territory.

The report, however, showed that only five states – Lagos, Osun, Kaduna, Delta and the FCT – were paying pensions to retirees under the CPS and funding the accrued rights (benefits under the old pension scheme that the retirees are also entitled to).

According to PenCom, seven states are at the bill formation stage to enable them to migrate from the old scheme to the CPS. They are Kwara, Plateau, Cross River, Borno, Akwa Ibom, Bauchi and Katsina.

Five states have, however, opted for other pension schemes. They are Jigawa, Kano, Yobe, Gombe and Zamfara.

Reacting to the development, the Head, Corporate Communications, PenCom, Peter Aghahowa, noted that the states had different peculiarities.

He said, “The process of enacting the law is the first thing; then, you will put the structures in place; for example, you have to put a pension bureau in place and you have to train people to understand how the CPS works. Then, you start getting the employees of the states to register with the PFAs before remittances will start.

“But apart from that, the most important thing is that the government must have the will to implement, to deduct and to remit pensions.

“We try to be detailed on a state by state basis. You can’t generalise.

“If you don’t implement in time, you will have a lot of arrears to pay.”

Experts have condemned the affected state governors for lacking the political will to implement the pension law.

The Director, Centre for Pension Rights Advocacy, Ivor Takor, said prior to the PRA 2004, state and local government employees’ pensions were administered under the Pension Act, 1990.

He said, “The reform of pension administration in Nigeria was necessitated by the many problems that confronted both the public and private sector pension schemes.

“In the public sector, the federal, states and local governments operated the Defined Benefits Scheme under the Pension Act, 1990, which was of universal application in the whole public services in the country.

“The scheme was unsustainable due to the lack of adequate and timely budgetary provisions and increase in salaries and pensions. There were demographic shifts due to rising life expectancy as pensioners were beginning to live longer.

Takor noted that the reform brought about the enactment of the PRA 2004, which introduced the CPS.

While the PRA 2004 prescribed pensions for workers in the public service of the federation, the FCT and the private sector, it omitted state and local government employees.

“When the bill got to the National Assembly, governors mobilised their states’ representatives in both chambers to remove state and local government employees from the bill before it was passed into law.

“Their reason was that the country was under the civil rule and the National Assembly could not make laws for the states on an issue like pension, which is not on the exclusive legislative list.”

He, however, said the problem was corrected in the Pension Reform Act, 2014.

Nigeria In a mess, Disintegrating Before Our Very Eyes – Soyinka

Politicians without Other Livelihoods will be Corrupt- Chief Akande