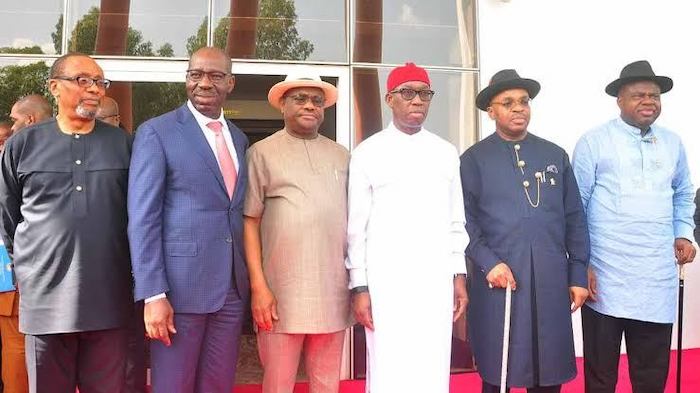 Governors of the Peoples Democratic Party (PDP) on Thursday night said they were working towards getting candidates for all elective positions at the party’s National Convention on Saturday elected through consensus.

Addressing journalists at the end of the governors meeting at Akwa-Ibom Governor’s Lodge in Abuja, Chairman of PDP Governor’s Forum and Governor of Sokoto State, Alhaji Aminu Tambuwal, said that the party had already achieved 80 per cent consensus on the candidates and that efforts were on to achieve 100 per cent.

The chairman said “by the grace of God, we are here to discuss convention starting from Friday to Sunday.

“We are very happy to mention that part of what we discussed is building consensus towards the convention.

“So far, we can say that we have achieved not less than 80 per cent of that process and it’s still ongoing.

“We are hoping that at the end of the day we are going to have a very hitch-free convention where hopefully we will have all or most of the officers emerge via consensus.

“In any case, the consensus is part of the democratic process; so, we hope to stabilise the party with the new officers for the challenges ahead.”