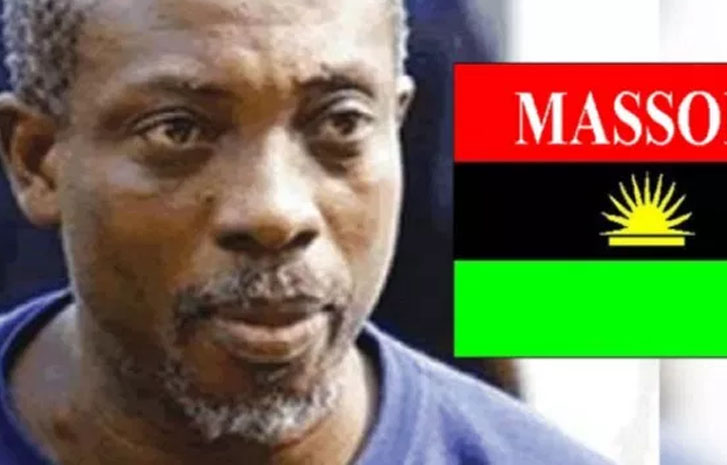 Movement for the Actualisation of the Sovereign State of Biafra, MASSOB has vowed to support the Federal Government, Anambra State Government and Independent National Electoral Commission, INEC to resist the Independent People of Biafra, IPOB to ensure that the November 6 governorship election in Anambra holds.

The leadership of IPOB has earlier declared sit-at-home beginning from November 4 to protest the continuous detention and prosecution of their leader, Mazi Nnamdi Kanu.

But in a communique signed by IPOB leader and Director of Information Uchenna Madu and Edeson Samuel, respectively, in Enugu, on Monday indicated support for November 6 election.

The group however warned the Independent National Electoral Commission against manipulating the outcome of the poll.

NASSOB leadership said in the communique that the decision to support the conduct of the poll was taken after a stakeholders meeting. After the communiqué titled, ‘Anambra election must hold,’

It said:  “Having studied the political, economic, religious and social implications of not having a credible election in Anambra State and the political mourning that may erupt by imposing a non-representative of Ndi Anambra as their governor, MASSOB declares that the Anambra governorship election slated on November 6, 2021, will hold as announced by the Independent National Electoral Commission.

“That the Anambra State governorship election must be peaceful and, credible as MASSOB has issued instructions to our 21 LGA coordinators, three senatorial zonal leaders, 310 provincial administrators and all MASSOB security personnel to assist in effecting a peaceful and credible election in Anambra State.”

Coronavirus: China’s Business Links To Africa Can Expose Them To Virus – WHO