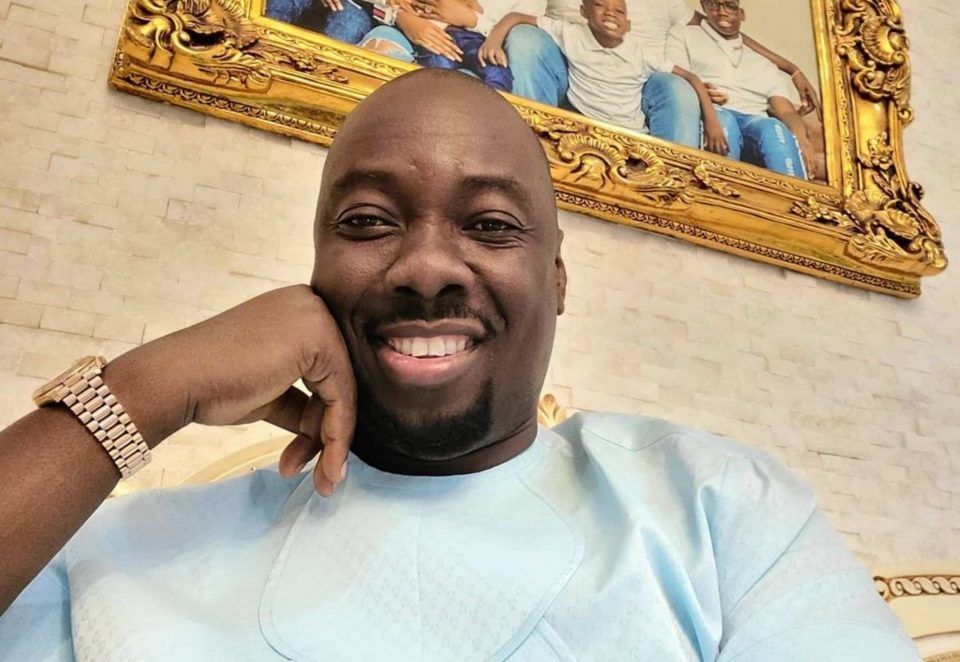 He, therefore called on the EFCC to immediately release Obi Cubana without further delay.

Recall that anti-graft officials apprehended the Anambara born club owner on Monday for alleged money laundering and tax fraud. Cubana is still in the agency’s custody, according to reports.

Reacting, the socio-political activist, Reno, claimed that there is an evidence that Bola Tinubu was involved in election fraud which according to him, is “contrary to Laundering Act”.

Reno questioned why the agency was yet to arrest the former Head of the Police Intelligence Response Team (IRT), DCP Abba Kyari despite evidence from the Federal Bureau of Investigation (FBI).

In a post on his verified Facebook page on Wednesday, Reno accused the EFCC of being selective in their operations.

The post reads, “Why are EFCC after Obi Cubana and not Bola Tinubu? We provided evidence of Tinubu’s corruption to the EFCC, including photos of bullion vans going into his home on Election Day, contrary to the Money Laundering Act.

“Where is the evidence against Obi Cubana? Even with the damning evidence the FBI provided against Abba Kyari, he has not been invited to the EFCC, nor is he under arrest.

“So, again, why is Obi with EFCC and not Tinubu or Kyari? Is it because Obi is Igbo and they are not? This is obviously double standards! I would counsel Cubana to join and donate to APC, like FFK, and not only would his ’sins’ (if any) be forgiven, he can even take a photo with Buhari at Aso Rock. Yeye baff una”!

The South East Revival Group (SERG) on Tuesday demanded the immediate release of Anambra State-born philanthropist, Obinna Iyiegbu, popularly known as Obi Cubana, saying he is being targeted because of the November 6 Anambra governorship election.

Obi Cubana was arrested by the Economic and Financial Crimes Commission (EFCC) on Monday over allegations bordering on alleged tax evasion and money laundering.

However, in a statement signed by SERG’s President and National Coordinator, Chief Willy Ezugwu, the group queried the rationale behind Obi Cubana’s, insisting that sons and daughters of the Southeast have been targeted by President Muhammadu Buhari’s government.

The group, which demanded that the Buhari’s administration should “leave Igbos alone”, wondered why the Federal Government is protecting some individuals, including a “police officer wanted for corruption in the United States and some Bullion Van tycoons in Nigeria” but Igbos have continued to be subjected to all manner of harassments.

SERG’s statement partly read, “In recent times, former Governor Peter Obi and former Secretary to the Federal Government, Ayim Pius Ayim, have been targeted by anti-corruption agencies all of a sudden because of their possible emergence as presidential candidates in their party to challenge the status quo.

“So, such anti-Igbo phantom allegations, like the ones against Obi Cubana, are not new.

“We recall that Ifeanyi Ubah of Capital Oil was arrested and detained by the federal government based on suspicion of committing financial fraud, even when it was the Federal Government that was owing him.

“Despite the long years of neglect of the SouthEast region, self-made Igbo sons and daughters are now being subjected to all manners of media trials while others who are reasonably suspected of having committed deafening financial crimes are working free on the streets because they’re not Igbos.

“We strongly believe that Obi Cubana is targeted because of the Anambra State governorship election on November 6 due to his popularity. They want to take him out of the state and embarrass him.”

The SERG, however, demands immediate and unconditional release of Obi Cubana from the EFCC custody without any further delay.

44 Journalists Killed, Many Attacked, Imprisoned Or Missing In 2021 – UNESCO