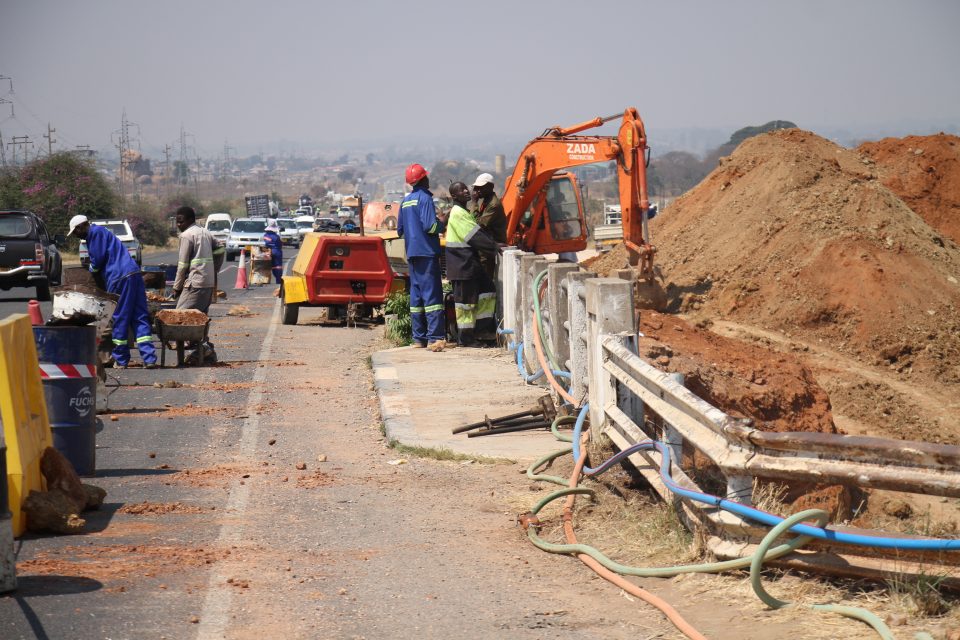 A two-day high-level conference that was aimed at showcasing and mobilising support for strategic continental infrastructure and energy projects in Africa was held at Expo 2020, in Dubai, on 31st October and 1st November 2021, convened by the African Union Commission (AUC) and the African Union Development Agency-NEPAD (AUDA-NEPAD).

The conference on Infrastructure Development in Africa at Expo 2020 featured high-level personalities and thought leaders from the continent, articulating the African vision for transformational infrastructure while engaging stakeholders on the effective delivery of infrastructure and energy in Africa.

“We believe that Africa’s better days lie ahead of us. Appropriate infrastructure is a prerequisite for implementing the African Continental Free Trade Area (AfCFTA). However, the lack of well-prepared and bankable infrastructure projects has been a major constraint. This is why we are working with AUDA-NEPAD, AfDB and other partners in the NEPAD Project Preparation Facility, encouraging strategic partnerships with the private sector,” Rt. Hon. Raila Odinga, the AU Higher Representative on Infrastructure Development in Africa (https://bit.ly/3EJ2CKr) stated, during the opening session of the event.

Dr Ibrahim Mayaki, the AUDA-NEPAD CEO (nepad.org), remarked that “Infrastructure is not about economic transformation alone, but the transformation of people’s livelihoods.” This was in agreement with Mr Atef Marzouk, Ag. Director of Infrastructure and Energy at the AUC, who also emphasised that infrastructure development is not an end in itself, but a means to an end.

The conference highlighted, among others, the recently adopted Second Phase of the Programme for Infrastructure Development in Africa (PIDA-PAP2). “Before the onset of PIDA, regional infrastructure projects were not prioritised. When we moved from PIDA Priority Action Plan 1 to PIDA Priority Action Plan 2, we took on a corridor approach, in order for us to think beyond country boundaries. The corridor approach is the main change in paradigm in our continent’s infrastructure development. Africa is therefore ready for investment – it has gone through a process of consultation, prioritisation and development of tools with strong political will,” Dr Mayaki said.

The second PIDA Priority Action Plan, known as PIDA-PAP 2 (2021-2030) (https://bit.ly/3BQqRUZ) has adopted the Integrated Corridor Approach, a multi-infrastructure corridor approach to infrastructure development that works toward a more prosperous Africa by emphasising projects that maximise job creation and climate friendliness. The approach also contributes to continental integration by prioritising projects that improve connectivity between urban and rural areas and link different infrastructure sectors.

Mr Symerre Grey-Johnson, AUDA-NEPAD’s Director of Technical Cooperation and Programme Funding, pointed out that projects in PIDA-PAP 2 were curated this way to also guarantee a people-driven Africa as they strengthen the role of women through gender-sensitive infrastructure development.

Mr Amine Adoum, AUDA-NEPAD’s Director of Programme Delivery and Coordination Directorate explained that “The objective of regional integration is to facilitate movement of people, goods and services, a bottleneck in the realisation of Agenda 2063. Hence the corridor development is an integral part for regional integration and realising of the AfCFTA goals together with PIDA-PAP 2.”

Mr Adoum also expounded on the importance of other infrastructure sectors and the tools that have been developed to accelerate the implementation of continental and regional projects. “Energy corridors are also important hence we are working towards implementing the Continental Power System Master Plan. Three tools that have been developed to accelerate infrastructure projects rollout are: the Service Delivery Mechanism, the Continental Business Network (validated by the African Union), and the publishing of de-risking infrastructure projects in Africa report,” Mr Adoum declared.

Participants at the event also learnt that financial viability was taken into consideration for all PIDA-PAP2 projects, with new partners sought. Mr Robert Lisinge Chief, Operational Quality Section at United Nations Economic Commission for Africa, clustered the partnerships for Africa’s infrastructure development into the following:

The importance of financing for infrastructure was also brought to the fore, in a session led by Dr Towela Nyirenda-Jere, the Head of Economic Integration at AUDA-NEPAD. She informed the conference participants that African Heads of State approved 69 PIDA-PAP 2 projects. “Therefore, more investments are needed for infrastructure with the opportunities that the AfCFTA) brings,” Dr Towela said.

The PIDA PAP II consist of 28 transport projects, 18 energy projects, 12 water projects, and 11 Information Communication Technology projects. PIDA-PAP 2, as the second PIDA priority action plan will run for the period 2021 to 2030. This portfolio is based on an inventory of projects proposed by Regional Economic Communities and African Union Member States as one of the key deliverables in Africa’s Agenda 2063 towards the continent’s development.