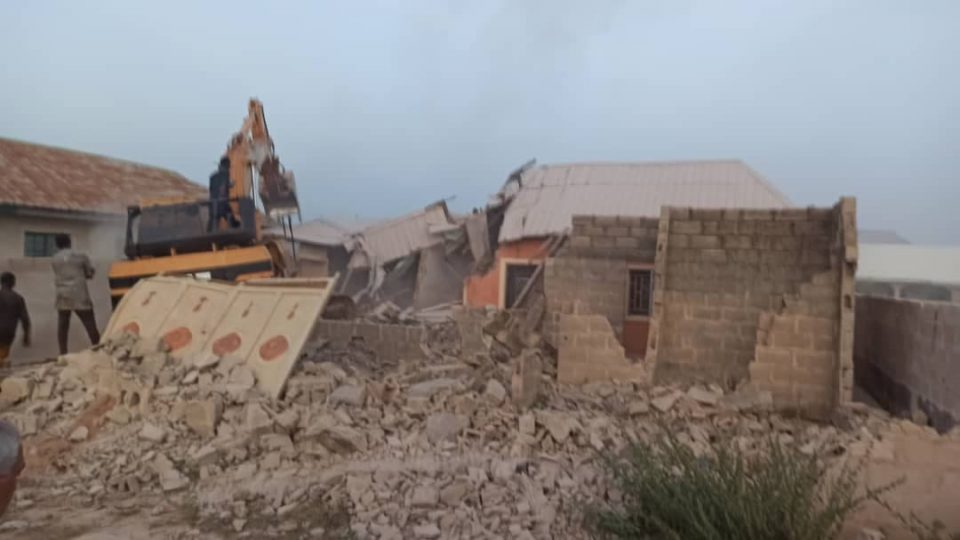 Niger State Government has explained the reason it demolished a residence in Minna belonging to a notorious kidnapper in the state.

Emmanuel Umar, the state’s Commissioner for Local Government, Chieftaincy Affairs and Internal Security,  who supervised the demolition, said the suspect had confessed to having built the house with the proceedings of his crime.

The house, which is a two-bedroom flat with an uncompleted two-bedroom extension, was located in the Nkangbe Area in Bosso Local Government Area of the state.

Umar said the measure was to serve as a deterrent to other criminals that the state government would give no chance to criminals to use the state as a hideout.

Umar refused to give the operational details of who the kidnapper was and how his residence was discovered.

Daily Trust gathered that the building was owned by a kidnapper who has been arrested and it has been established that he used part of the proceeds of the crime to buy the building.

“This is a building owned by a kidnapper that has been arrested.

“It is a proceed of crime and it is in our policy not to allow any criminality to reign in this state.

“We can establish this and that henceforth, we will not allow any criminal to have a place in our land.

“It is part of the determination of the governor to ensure Niger State is safe for us all,” Umar said.

Umar urged stakeholders in the state to report suspicious movements and give information about strangers moving into their communities.

“We have met with stakeholders in Niger State, landlord associations, estate owners, hoteliers and everyone and have told them to report any suspicious movement or strangers moving into the society.

“I hope we get more information to act on and make the state safe.”

The Ward Head of Kpakungun, who oversees Nkangbe, Tanko Ibrahim, applauded the action of the state government, saying that it is in the bid to keep the state safe for the people.

The Best President of Nigeria