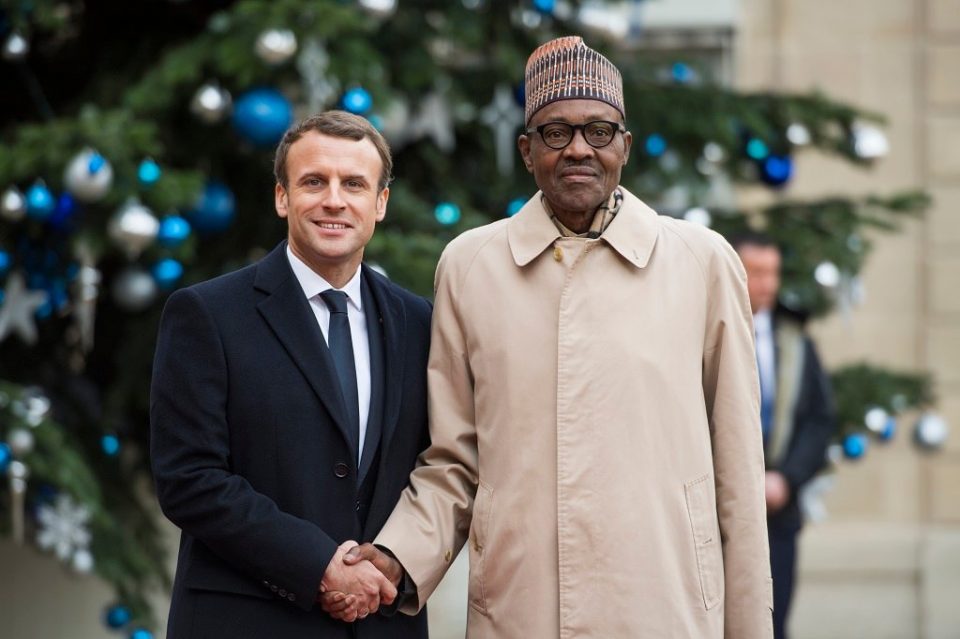 He stated this in Paris when he was speaking with France President Emmanuel Macron at a working lunch.

In a statement issued by his spokesman, Femi Adesina, Buhari said: “On security, we commend France for its strong commitment to peace and security in the Sahel and the Lake Chad region. This has contributed significantly to the fight against terrorism and extremism in the region.

“Irregular migration and human trafficking are issues of concern to both Nigeria and France. Transnational criminal networks operating in Africa and Europe are exploiting the vulnerable in the most dehumanising ways. We are committed to working with the relevant French authorities to dismantle these networks.

“Nigeria and France have a wide scope to expand and deepen their relations. This effort would be aided by closer engagement at the ministerial level.”’

Buhari appreciated the efforts of Macron in expanding opportunities for business between Nigerians and French citizens as well as in improving bilateral relations with Nigeria.

The president said the French government had played a key role in ameliorating the challenge posed by COVID-19 since 2020, donating 10 million doses of vaccines to Africa, with more than 500,000 sent to Nigeria.
In his remarks, the French President said there was a growing need for stronger partnership on security in the West Coast, taking into consideration threats in the Sahel.

Macron also urged a more enabling environment for businesses to thrive, including smaller companies in France that want to stretch their markets into Nigeria.

Buhari and Macron discussed the need for successful elections in Libya to restore stability, regional intelligence sharing on security, maritime security, single monetary policy in West Africa and the situation in Chad and Mali