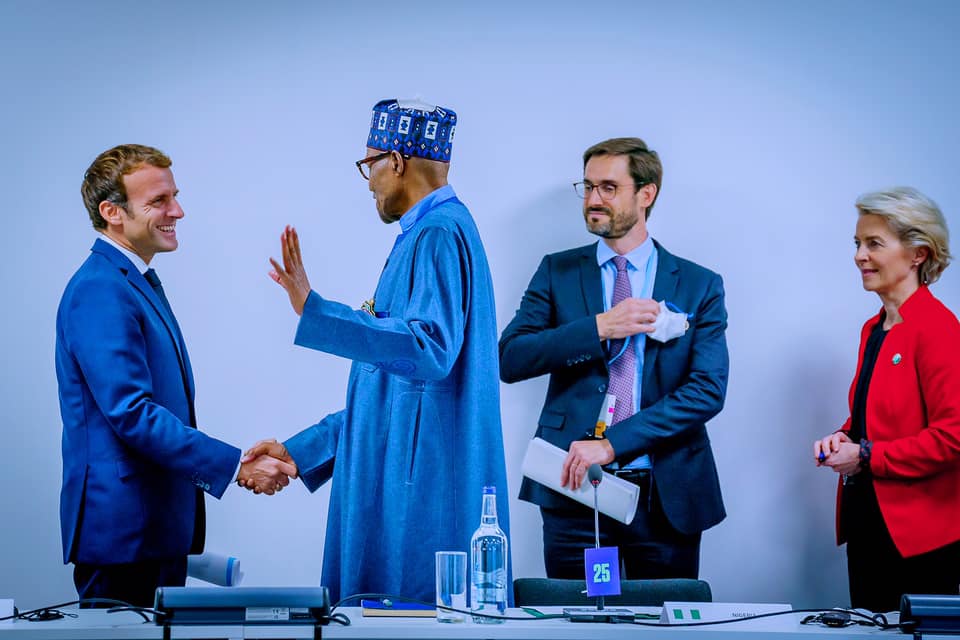 Nigeria President Muhammadu Buhari has on Monday defended his investment in infrastructure, describing it as a foundation upon which the development of a country thrives.

He stated this in Paris during his meeting with the President of Islamic Development Bank, Mohammed Al-Jasser, at the sidelines of the Paris Peace Forum in France.

Special Adviser to the President on Media and Publicity, Femi Adesina, made this known in a statement titled, ‘When Infrastructure is in Place, Our People can Look after Themselves, President Buhari Tells IDB President.’

According to the statement, Buhari stated that his administration was committed to an infrastructure renaissance for Nigeria due to sustainability.

“We are struggling very hard on infrastructure because there can’t be sustainable development without it,” the President was quoted as saying.

He continued, “Considering the vastness of our country, we need roads, rail, power, airports, housing, and that is what we have engaged ourselves with in the past six years. And our people are seeing the new developments. Relative to the resources available to us, we have not done badly. When infrastructure is in place, our people can look after themselves.”

Thanking the IDB president, Buhari said, “What we are so dependent on (crude oil) has lost a lot of energy. It is coming back gradually, and we are breathing a bit more with some confidence. But we expect greater cooperation from you.”

In response, Al-Jasser told Buhari, “I am impressed by your policies on infrastructure, which will give opportunities to youths, and encourage the private sector. Nigeria is a pivotal country to us, and it deserves all the help it can get.”

The IDB president then assured Buhari that the bank will continue to support Nigeria, as its main role was to promote development among its stakeholders

South Sudan: Building the Nation Through the Energy Industry