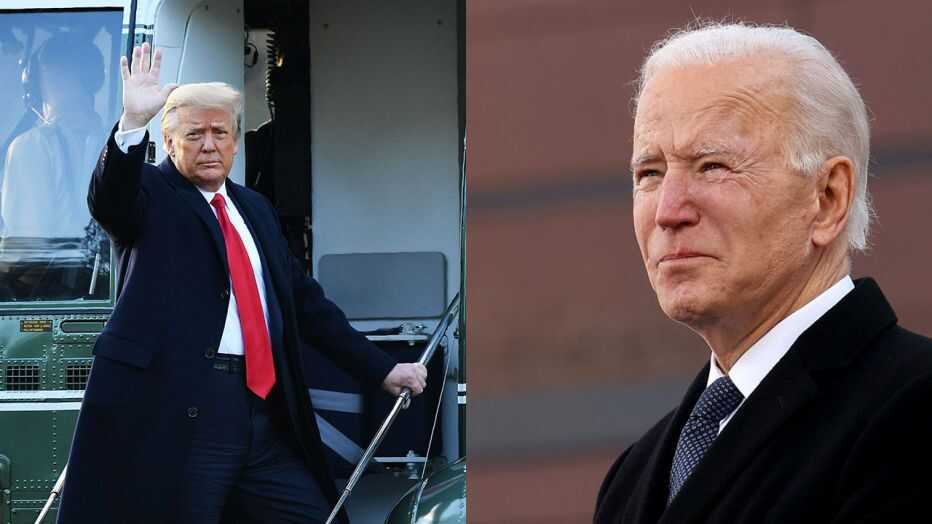 The poll comes as Biden’s approval rating among Iowans sits near its lowest ebb since he took office in January. Meanwhile, Iowans view Trump more favourably than they did while he was in office, according to a September Iowa Poll.

Trump’s 2024 lead among likely Iowa voters appears to be driven by support among independents.

Biden wins support among 95% of Democrats — slightly better than the 91% Trump earns among Republicans. But independents favour Trump by 8 percentage points, 45% to 37%.

But Selzer cautioned that the poll shows an opening for Republican caucus challengers.

“If all you had in this poll was that Trump would defeat Joe Biden by 11 points, it might say everything is locked up,” she said.

That preference for the party over Trump is shared by a majority of every demographic group among Republicans, including those in rural areas and evangelical Iowans — two of Trump’s strongholds.

“It opens the door a bit for Iowa,” Selzer said.

A parade of potential Republican presidential contenders has already made its way through the state during the past year, more than two years ahead of Iowa’s first-in-the-nation Republican caucuses.

“If I had a choice between Gov. (Ron) DeSantis or Donald Trump, that right there would be a hard decision for me,” said Franklin Troy Hommer, a poll respondent from Marion County and political independent. “But if you’re telling me that my two choices are Joe Biden or Donald Trump, I’m picking Donald Trump.”

Neither Trump nor Biden has made a formal reelection announcement, though both men have left the option open.

Trump, 75, visited Des Moines in October, holding a rally that drew thousands to the Iowa State Fairgrounds amid speculation he was laying the groundwork for another White House run.

Biden, 78, is just ending the first year of his first term. At a news conference in March, Biden said he planned to run for reelection but also said he was a “great respecter of fate” and has never planned anything for certain. He has not returned to the state since campaigning here ahead of the 2020 election.

Justin Lindsey, a 36-year-old poll respondent from Sioux City, said he’d vote for Trump in a hypothetical rematch with Biden. He said Trump put in place policies that worked.

“The reason is: He is more of a businessman than a politician,” said Lindsey, a registered Republican who works as a skilled carpenter. “When he got into office, he actually ran the country like a business, and he’s had great success with businesses.”

Trump also does well among likely voters without a college degree, earning support among 59% compared to Biden’s 31%.

Biden does better with those who have earned a college degree, 53% to Trump’s 38%.

McRae, a University of Northern Iowa student and a Democrat said she approves of the job Biden is doing as president.

“I feel like he is really holding the country steady at a point in time where we’re going to look back and think, ‘How the hell did anybody do that?’” she said.

But she wishes Biden and the Democratic majorities in Congress would go beyond the status quo.

“I think it’s a little bit of a shame that we’re not pushing a little bit more of progressive policies while we have the power,” she said.

Biden’s approval ratings have plummeted since taking office. Iowans disapprove of the job he’s doing as president by about a 2-to-1 margin.

Biden’s job approval has not been in net positive territory in Iowa since March. Then, 47% of Iowans approved of his performance and 44% disapproved.

Today, one-third of all Iowa adults, 33%, say they approve of the job Biden is doing as president, ticking up 2 percentage points from the Register’s last Iowa Poll, conducted in September; 62% percent disapprove; and 6% are not sure.

“This is not a good approval rating by any definition,” Selzer said.

Biden is rated poorly for his handling of a range of issues. Fewer than a third of all Iowans approve of his handling of immigration, criminal justice, the economy and the situation in Afghanistan.

On those specific issues:

Hommer, a truck driver, said he’s spending significantly more to fuel up when he goes to the pump. He blames Biden for rising fuel prices after he halted construction of the Keystone XL pipeline and tried, unsuccessfully, to pause new oil and gas drilling on federal lands.

“Everything’s gone up, so I almost can’t afford to live,” he said.

The one policy area where Biden’s approval has improved slightly is his handling of the COVID-19 pandemic. Now, 41% of Iowans say they approve, while 57% say they disapprove. In September, 36% approved and 60% disapproved.

Kathy Seward, a 66-year-old Democratic poll respondent from West Des Moines, said she likes that Biden is “taking a stand” on COVID-19, and said his actions show he’s got backbone.

“I like that he was trying to get all the employers to require vaccinations or testing,” said Seward, a retired clerical worker. “Again, it’s the only way we’re going to get this under control.”

The Iowa Poll, conducted November 7-10, 2021, for the Des Moines Register and Mediacom by Selzer & Co. of Des Moines, is based on telephone interviews with 810 Iowans ages 18 or older. Interviewers with Quantel Research contacted households with randomly selected landline and cell phone numbers supplied by Dynata. Interviews were administered in English. Responses were adjusted by age, sex, and congressional district to reflect the general population based on recent American Community Survey estimates.