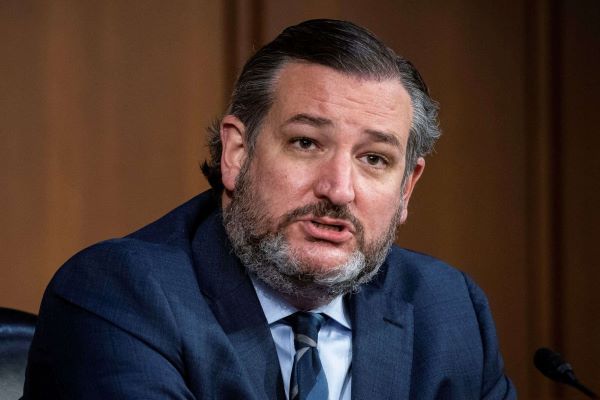 Senator Cruz explained that his bill “would repeal an overly broad and poorly-crafted provision from the infrastructure package that creates new reporting requirements for many participants within the blockchain industry.” He emphasized:

This provision will stifle innovation in the industry, endanger the privacy of many Americans and cryptocurrencies, and likely push key aspects of the industry overseas to countries like China.

The Infrastructure Investment and Jobs Act “contains a provision that expands the definition of ‘Broker’ to nearly all participants in the cryptocurrency structure, treating them as a financial institution,” Senator Cruz described. “They would have to report consumer information to the Internal Revenue Service (IRS), even if these participants do not have access to that information.”

Cruz warned: ”This mandate to collect names, addresses, and transactions of customers mean almost every company even tangentially related to cryptocurrency may suddenly be forced to surveil their users.

The senator from Texas explained that his state “has quickly emerged as the main hub for the cryptocurrency industry, and that exciting industry is now in danger of being stifled and driven overseas by an overreaching provision in this newly-signed, reckless spending package.”

He added, “As a deliberative body, the Senate should have done its job and held hearings to properly understand the consequences of legislating on this emerging industry before we risked the livelihoods and privacy of participating Americans,” elaborating:

I urge my colleagues in the Senate to repeal this harmful language that will create regulatory uncertainty and in turn an unnecessary barrier to innovation.

A few lawmakers have made efforts to amend the crypto provision in the infrastructure bill. For example, Senators Cynthia Lummis and Ron Wyden introduced legislation this week to amend the “broker” definition in the Infrastructure Investment and Jobs Act.