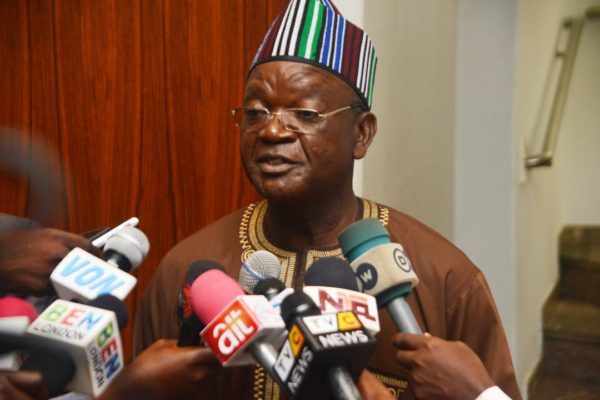 The British High Commission has on Tuesday partnered with the Benue State government to promote peace and security in the land.

At the meeting, the British High Commission’s Head of Governance and Security, Samuel Waldock, said they were in Makurdi to have firsthand information about challenges of insecurity confronting the state and to find ways to achieve peace.

“We want to prioritise our activity in Benue State in the area of peace and security.

“We have come to see firsthand the challenges and how you are managing this.

“2023 elections are coming fast and we are here to see how things are reshaping up,” he said.

Responding, the governor urged the commission to help restore peace in Benue, especially in areas torn apart by the incessant farmers-herders conflicts which had left many villages deserted.

Ortom stressed the need for more attention given to Benue and the states in North Central.

“I have agreed that we should have a peace commission that will be anchored in fairness, equity and justice. Any other thing will not be acceptable to us. Ensure justice for our people. We have been unfairly treated in Benue.

“We have over 7millon people by projection in Benue out of which 1.5 million are in IDP camps.

“They are peasant farmers supporting the economy of the state. Benue doesn’t have the capacity to provide food for all those in camps. These people have been forced to become thieves of farm produce.

“I’m also a victim of their harvest theft; my rice, yam, and soybean farms are affected. The IDPs are stealing from my farm.

“They steal from other people’s farms too because they don’t have farms of their own.”

Ortom added that security men had also been victims with over 100 of them killed on duty.

“A Benue/UK partnership in advancing agriculture in the state will go a long way to reduce local criminality. The value chain will have a multiplier effect on the people,” he said.

If You Live Under Powerline, Hear What Ikeja Electric Says