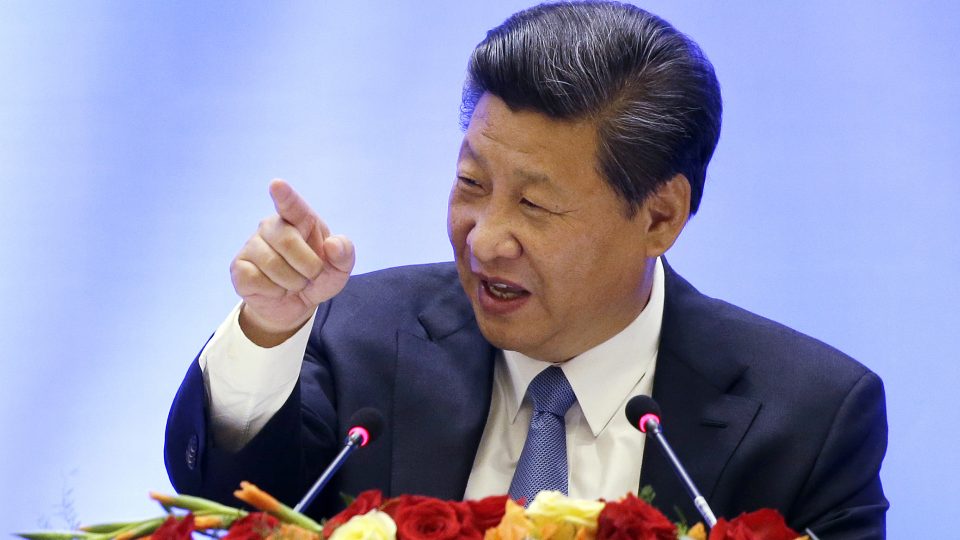 China’s massive investment in the People’s Liberation Army (PLA) may show China is preparing to fundamentally change the status quo and preparing for a possible war with the United States over Taiwan. To deter China, the United States must rapidly build up its forces in the Pacific, continue to strengthen military alliances in the region to ensure access to bases in times of conflict, and accelerate deliveries of purchased military equipment to Taiwan.

Taiwan is of vital geopolitical importance to the United States. Its thriving democracy is one of the freest societies on the planet. As World War II U.S. Navy Adm. Ernest King said, Taiwan is the “cork in the bottle” for Japan. Whoever controls Taiwan will control Japan and the Republic of Korea’s shipping lifelines. Chinese control of Taiwan will give it enormous influence over both Japan and Korea, fundamentally altering the strategic calculus in East Asia and giving China its long-sought-after opportunity to Finlandize both countries.

Time is not on our side. Taiwan Minister of Defense Chiu Kuo-Cheng testified before his Congress on Oct. 6 that, “By 2025, China will bring the cost attrition to its lowest. It has the capacity now, but it will not start a war easily, having to take many other things into consideration.” As Chiu states, China probably already considers it has the capability to seize Taiwan.

China’s calculus about using force against Taiwan is a complex one, involving – but not limited to – internal stability, Taiwan developments and military dynamics. The Chinese Communist Party (CCP) has created a popular nationalist narrative that the great rejuvenation of the Chinese people will be achieved through unification with Taiwan. Chinese President Xi Jinping has been focused on annexing Taiwan. He likely will achieve an unprecedented third five-year term as president during the fall 2022 Party Congress, allowing him the internal political freedom to use force to achieve his unification goal.

Xi will strive to ease tensions in Sino-American relations to ensure a successful Winter Olympics in Beijing in early 2022 and through his selection again as the head of the party in fall 2022. Once his position is secured, Xi will ratchet up pressure on Taiwan in advance of the Taiwan presidential election in early 2024, leaving 2023 as a potentially dangerous year.

Beijing does not want Taiwan President Tsai Ing-wen to be succeeded in early 2024 by her vice president, Lai Qing-te. Lai is a popular politician who is deeply committed to human rights and Taiwan sovereignty and nationhood. The prospect of his succeeding Tsai undoubtedly would cause Beijing to accelerate its efforts to take Taiwan.

Taiwan has been trying to transform itself into a “prickly porcupine” with indigenous production of asymmetric weapons, as well as purchases of new U.S.-made systems. Based on announced weapon sales agreements, many of these new U.S. made systems will not be active in the Taiwan services until the mid-to-late-2020s, giving Beijing a window to try to take Taiwan in 2023 or 2024. Speeding up the delivery of key asymmetric systems may help change Beijing’s calculus.

Taiwan needs to prepare its people for conflict, ensuring it has enough emergency supplies to survive a Chinese onslaught. Increasing Taiwan Security Services resources to gather intelligence on China, as well as to investigate and disrupt China’s efforts to further develop and use fifth-column forces in Taiwan, is also urgently needed.

Senior U.S. military officers have been shocked by the PLA’s rapid transformation. The U.S. armed forces are trying to change to better fight the PLA in the Pacific but face difficult logistics and force projection issues in a Taiwan scenario. The sheer size of the Pacific Ocean makes it vitally important the U.S. has allied commitments to use bases in the region in a time of conflict. Mending relations with the Philippines in the post-Duterte era to get access to Clark Airbase and Subic Bay might be beneficial. Ensuring the use of U.S. bases in Japan in times of conflict is essential.

Nevertheless, geographic space and logistical issues will make a timely U.S. military response difficult; it may take several weeks for the U.S. to have sufficient forces in the region to challenge the PLA in the battlespace around Taiwan. Having more forces stationed in the Pacific may help speed a U.S. response.

If China were to attack Taiwan, they likely would use a massive cyber and electronic warfare attack to paralyze the island. They would combine this with missile strikes against key military and government centres to decapitate Taiwan’s leadership. The PLA also would use special forces assaults and airborne and sea landings to attempt to rapidly defeat Taiwan. Prolonging effective Taiwan resistance until U.S. forces arrive should be a key goal of U.S. security policy.

President Biden on at least three occasions has said the U.S. would defend Taiwan if it were attacked by China. His administration needs to articulate to the American people why Taiwan’s defence is critical to the United States and deploy the resources needed to deter China from attacking Taiwan.

Accordingly, the United States needs to reinforce our military forces in the region, work with Taiwan to quickly transform it into a real prickly porcupine that is resilient so it can hold out for an extended period of time, and ensure we have ironclad allied commitments permitting the U.S. to use bases on allied countries’ territory. Time is not on our side. We must act now.

North Korea Sentences Man To death, Student To Life Imprisonment Over Smuggling And Purchase Of Netflix