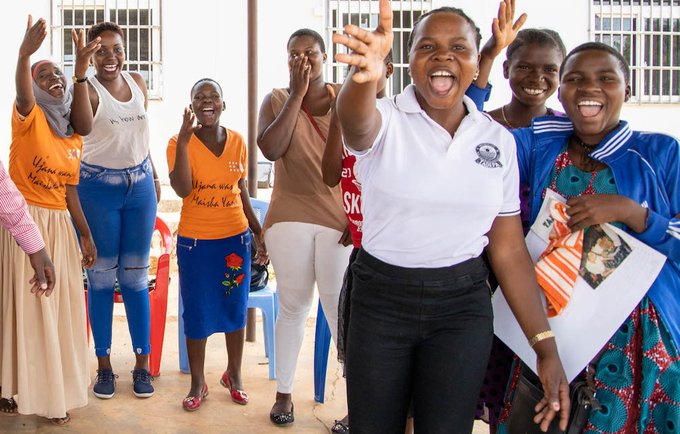 For the past 60 years, Tanzania has enjoyed peace and security since attaining independence, with the country recording notable success in protecting all its borders. The Minister of Defence and National Service, Dr Stergomena Tax said this on Monday when addressing journalists on the achievements attained by her ministry during 60 years of independence. Tanzania will celebrate the Independence Anniversary on December 9, 2021.

Dr Tax said the ministry had for all that period ensured that the country’s borders which include the land, water and air spaces are protected well adding that all borders and those of the neighbouring countries were secure. She said the ministry through military forces was also vigilant on any terrorist attacks, based on the fact that some neighbouring countries were suffering from the attacks, but Tanzania was collaborating with other countries to avert the transnational organised crime including terrorism.

According to the Minister, the ministry through the Tanzania Peoples’ Defence Forces (TPDF) had continued collaborating with different United Nations missions in different peacekeeping. “We are also working with the African Union and the Southern Africa Development Community (SADC) in different peacekeeping operations in countries faced by conflicts by dispatching our troops, military observers, Chief staff and military commanders,” said Dr Tax.

The Minister listed some of the countries where TPDF had participated in peacekeeping missions as Eritrea, Liberia, Seychelles, Ivory Coast ( now Cote D’Ivoire), Sierra Leone and Sudan. “Currently, our men and women in the army are participating in similar operations in Lebanon, Democratic Republic of Congo (DRC), Central Africa Republic, Mozambique and South Sudan,” she added. Other achievements, Dr Tax said, the Ministry through its agencies – the Tanzania Automotive Technology Centre (TACT), Mzinga Corporation and SUMA-JKT, had continued to complement the country’s ambitious industrialisation agenda.

She said the three key bodies of the army had in the 60 years of independence invested heavily in research and Technology, production of ammunition and Improvised Explosive Devices as well as production of other products and services for military and civilian uses. Dr Tax who was accompanied by top leaders from the ministry including the Chief of National Service (CNS), Major General Rajabu Mabele, further took time to elaborate the achievements so far recorded by the National Service, among them the projects for Strategic Agriculture aiming at ensuring that the army feeds itself by 100 per cent come 2024/2025.

She said currently the National Service (JKT) was implementing robust projects at its different camps countrywide (2019/2020 – 2024/2025) which seems to reduce dependence on the central government. The Minister said the strategic Agriculture was being implemented by using internal sources of funds from JKT and the national budget at Chita camp (Morogoro), Milundikwa (Rukwa), Mlale (Ruvuma), Mgambo (Tanga), and Oljoro in Arusha region.

She added that through JKT the government was equally implementing projects for strategic agricultural products which are palm at its Bulombola camp in Kigoma Region. Other agricultural products and the camps are Sisal (Maramba and Mgambo camps- Tanga), Cashewnut (Nachingwea-Lindi and Manyoni-Singida), Sunflower (Makutupora- Dodoma) and Coffee at Itende and Tarime camps in Mbeya and Mara Regions respectively.

“In looking for solutions to climate change challenges, the Ministry through JKT is implementing a mega Irrigation Scheme at its rice farm of the Chita camp in Morogoro Region,” she added.