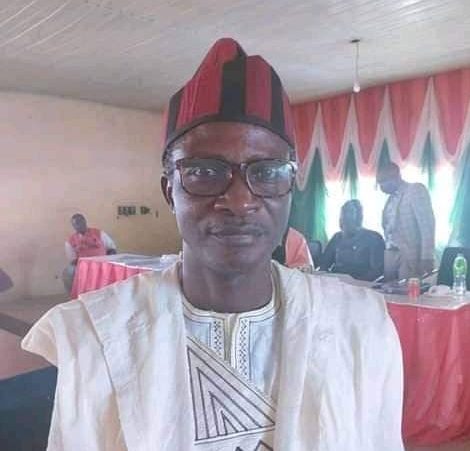 This followed the recent hunting expedition embarked on by the Ochi’Idoma IV, Dr Elias Ikoyi Obekpa in October, this year and the directive by Governor Samuel Ortom for the selection of a new Ochi’Idoma on December 30, 2021.

Odogbo was said to have emerged with 19 votes out of a total of 28 votes cast in a keen contest at Otukpo.

Among the contestants were the federal permanent secretary, Arc. Sonny Echono, who scored eight votes, and Andrew Idakwu, who left with only one vote.

Presenting the new Ochi’Idoma to Ortom at the Government House in Makurdi, supervising Commissioner of Information, Ekpe Ogbu, who is head of the selection team, said the exercise was conducted peacefully with the outcome of Pastor Odogbo as Och’Idoma elect.

Ogbu explained that out of a total of 32 expected members of the selection committee, 28 were present, two have impending court cases and one indisposed health-wise.

He added that five people had indicated interest to contest for the seat, noting that one voluntarily stepped down.

The commissioner further stated that one among the remaining four contestants was not nominated and left the venue, leaving three finalists.

Speaking, the Ochi’Idoma elect said he saw the involvement of God in the entire exercise even as he thanked the governor for his leadership.

The new royal father likened Ortom to the biblical Samuel who became the advocate of Israel who united the people together just as he assured that he would not disappoint the confidence reposed in him by the Idoma people.

Responding, Governor Samuel Ortom, hailed the Idoma nation for the selection of their new monarch, adding that he had always stood for equity, transparency and justice.

He said that appointment belongs to God who chooses one and anoints such person to do His will.

“We will find a convenient day to do the coronation. I want the contribution of the traditional rulers to my administration,” Ortom said.

The new Ochi’Idoma was born on March 27, 1969, to the family of Elaigwu Ekoja as the fifth child in Obagaji, the headquarters of Agatu Local Government Area of the state.

He is a graduate of Ahmadu Bello University, Zaria (1994) with a degree in Accounting and currently studying for his doctorate degree.

There Is Nothing In Covid-19 – Bishop Oyedepo

Rev Kasali Backs CAN On Reversal Of CAMA Acts