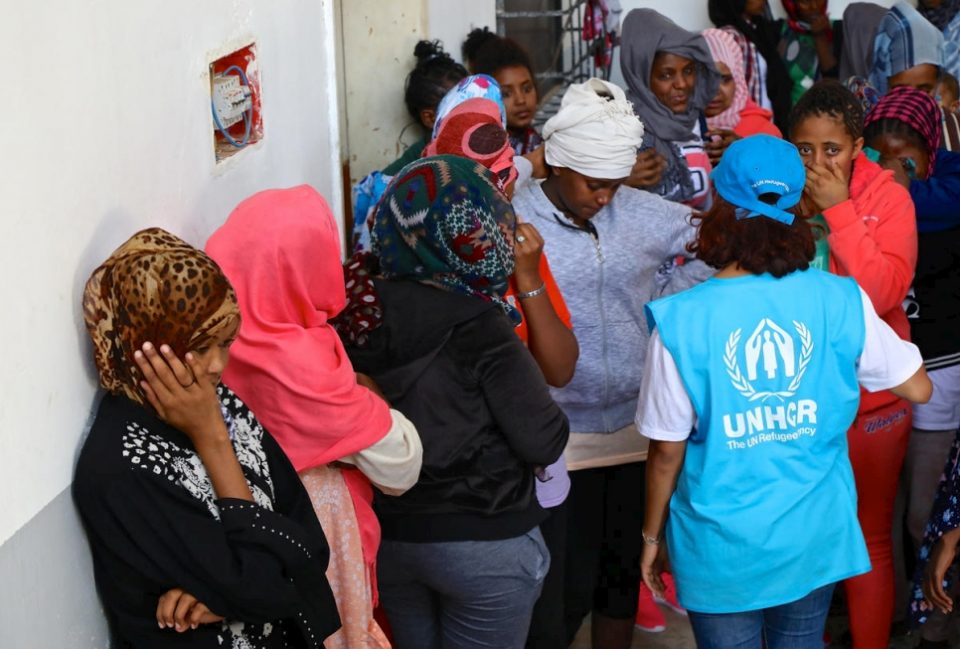 In the last evacuation flight of the year out of Libya, UNHCR, the UN Refugee Agency, has brought 177 vulnerable asylum seekers to safety in Niger. It is the second evacuation flight to Niger this year since the Libyan authorities lifted a blanket ban on humanitarian flights in October.

It is also the 30th evacuation flight to Niger organised since the Emergency Transit Mechanism was established there. The ETM was established in 2017 by the Government of Niger, which generously agreed to temporarily receive on its territory asylum seekers and refugees facing a life-threatening situation in Libya so that UNHCR identifies durable solutions for them. So far, including those who arrived today, 3,710 refugees and asylum seekers have been evacuated from Libya to Niger, of whom 3,255 have departed from Niger to third countries on resettlement or complementary pathways.

Including those who arrived today, 3,710 refugees and asylum seekers have been evacuated from Libya to Niger

“We are delighted to be able to organise this second evacuation flight to Niger this year and we thank the Libyan authorities for their support”, said UNHCR Chief of Mission in Libya, Jean-Paul Cavalieri. “These life-saving flights bring the hope of a better future for some of the most vulnerable people urgently seeking security and protection”, he added.

Those evacuated to Niger include families and young children. Some have just been released from detention, while others have been living in urban areas. Many are victims of smuggling or trafficking and have experienced violence in Libya.

In Niger, UNHCR provides mental health support to those who have faced distressing events in Libya, en route to Libya or in their countries of origin, as well as access to educational and vocational training opportunities, while their cases are being processed for durable solutions.

“UNHCR is grateful to the Government of Niger for its generous open-door policy and for accepting to receive this new group of refugees evacuated from Libya”, said Emmanuel Gignac, UNHCR Representative in Niger. “In Niger, they’ll be protected and cared for, while we search for solutions for them.”

Somalia: Actions taken in support of the protection against forced evictions during COVID-19