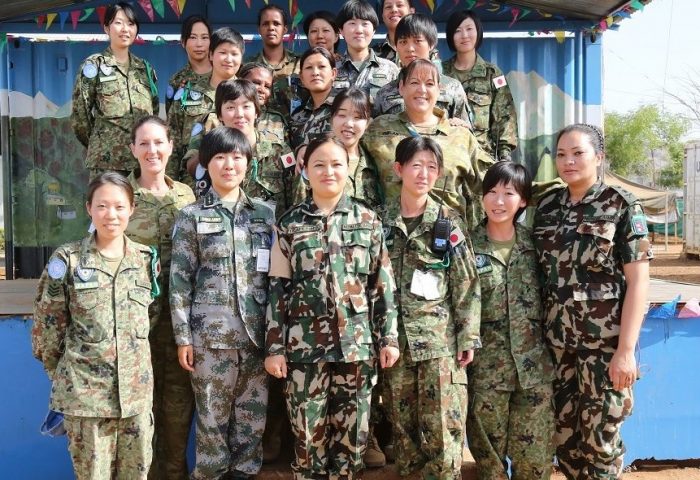 Seasonal cattle migration between the states of Warrap and Western Bahr-el-Ghazal during the dry season is frequently a source of violent conflict between livestock keepers and farmers. To mitigate the risks of clashes, the United Nations Mission in South Sudan and Warrap State representatives recently visited conflict-prone areas in Tonj North.

“I believe the ongoing effort of the peacekeeping mission and state officials to raise awareness about the Marial Bai Agreement is producing results,” said Ayii Agiu Kuot, chief of the Pagol community. “This year, tensions related to the cattle migration decreased significantly, and we are hopeful that this trend will continue during the upcoming season,” he continued.

The Marial Bai Agreement, the first systematic agreement on seasonal cattle movement between Warrap and Western Bahr-el-Ghazal, became effective in 2016. It regulates compensation, resource allocation, and procedures for the mobile courts meant to settle conflicts between cattle keepers and farmers. Since the signing, UNMISS and the state administration have worked hard to persuade communities to respect and follow the resolutions of the Agreement.

The objectives of the recent five-day-long patrol were to educate Tonj North communities about the Marial Bai Agreement and to distribute copies of the resolutions agreed on by the state governments of Warrap and Western Bahr-el-Ghazal at a special cattle migration conference organized in Wau in mid-November.

The Marial Bai Agreement, the first systematic agreement on seasonal cattle movement between Warrap and Western Bahr-el-Ghazal, became effective in 2016

“We are aware of the Marial Bai Accord and will adhere to it during the forthcoming migration season. We will use the mobile courts to resolve any issues that may still arise,” said Mauut Akol Mayen, a cattle keeper from the Manalor community, adding that the compensation agreed on for crops destroyed by cattle will act as a powerful deterrent.

Certain natural and potentially conflict-inducing factors do, however, persist.

“Because of a lack of water for our cows, we must relocate them throughout the dry season, and these movements sometimes result in disputes. If we had sufficient water sources in one place we would remain there and avoid the risk of conflict inherent in the migration of our animals,” said Joseph Dut, from the Kirik community, hoping that the state administration and humanitarian partners can assist in establishing much-needed water points.

Women delegates at a community meeting underscored that current agreements and resolutions relating to cattle movements do not reflect women’s rights and do not address the abuse they are frequently subjected to.

“We are often the targets of violence related to the movement of livestock, and it is difficult to seek justice and preserve our rights,” said Mary Ngor from Pagol, who also noted the threat posed by armed civilians.

Georgina Sarfo-Brobbey, a Civil Affairs Officer serving with the peacekeeping mission in Kuajok, commended the communities’ efforts to maintain peaceful relations since the Wau conference.

“It is also encouraging to see communities proactively discussing the use of special mobile courts to resolve conflicts that may still arise,” she said, reiterating the Mission’s continued support to enable a peaceful cattle migration season.

Nigeria: UN Commends Buhari for his leadership in Response to COVID-19