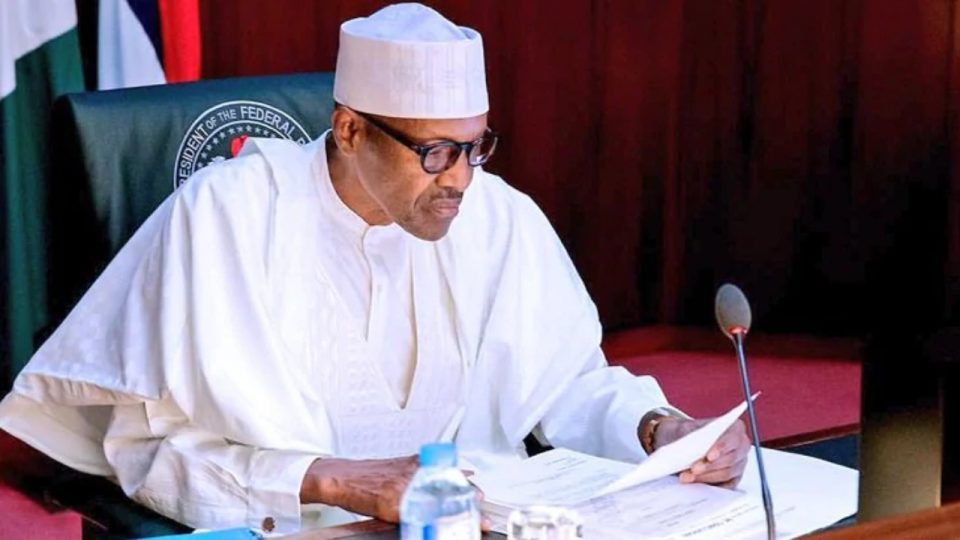 Buhari who signed the budget into law in Abuja on Friday also appended his signature on the  Finance Bill 2021, which he said is critical to the execution of the 2022 Budget.

The bill  titled “Budget of Economic Growth and Sustainability” was signed during  a brief ceremony at the presidential villa.

Present at the event are the Senate President Ahmed Lawan, Speaker Femi Gbajabiamila of the House of Representatives, the Secretary to the Government of the Federation (SGF), Mr  Boss Mustapha and the Minister of Finance Budget and National Planning, Mrs Zainab Ahmed.

The bill was  presented to Buhari for signing  his Senior Special Assistant on National Assembly Matters (Senate), Mr Babajide Omoworare.

The 2022 budget, valued at N17.126 trillion, was transmitted to the President by the National Assembly on  December 24.

President Buhari had submitted the draft proposed 2022 Budget of N16.391trillion to the joint session of the National Assembly on Thursday, October 7, 2021, calling on the legislators to give it a speedy consideration.

The breakdown of the budget include N869 billion for statutory allocation, N3.8 trillion for debt servicing, N6.9 trillion and N5.4 trillion for recurrent and capital expenditure respectively.

The oil benchmark was raised from the proposed $57 per barrel to $62. The projected oil production is put at 1.88million barrels per day including condensates. (vitalnews)