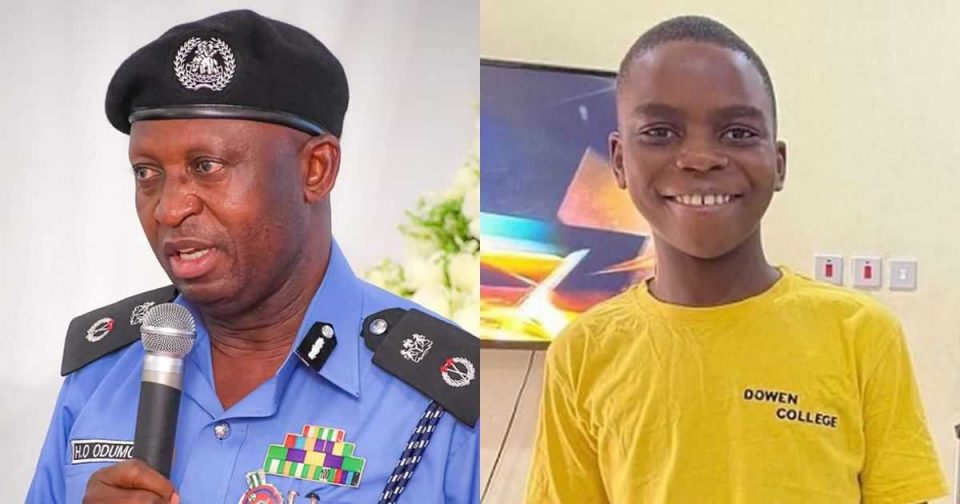 The Lagos State Police Command on Friday gave strong warnings to youths, who planned further protests at Dowen College in the Lekki area of the state.

Some protesters had occupied the front of the school on Thursday to protest the planned reopening of the school, saying the school must remain shut until justice is served on the death of 12-year-old Sylvester Oromoni (Junior), a student of the school who died in controversial circumstances in November 2021.

The father of the deceased student, Sylvester Oromoni (senior), had alleged that some senior students of the school beat up his son in the hostel because he refused to join a cult, adding that the 12-year-old had died from complications suffered from the alleged bullying.

But speaking on Friday, the Lagos State Commissioner of Police, Hakeem Odumosu, said there was no evidence to establish that Oromoni was forced to join a cult or bullied to death, hence the release of the suspects (students and house matters) earlier arrested by the police.

The CP stated this at a press conference on Friday while giving an update on the investigation into the cause of the death of the late student.

Odumosu said, “At the end of diligent investigation carried out so far, there is no evidence to establish a case of torture, bullying and forceful application of poisonous substance against the suspects. All the suspects denied the allegations of torture, bullying and administering of poisonous substances to the deceased. The allegation that the deceased was being forced to join a cult group was also not established as other students interviewed denied this.”

Continuing, the Lagos CP said, “In spite of the transparent investigation carried out by the police and the non-establishment of prima facie case against the suspects, some members of the Ijaw Youths Council, Lagos led by one Comrade Henry Oyobolo protested in front of Dowen College for over two hours yesterday 6th January 2022. The protesters including masquerades carried placards and were drumming, thereby causing panic and apprehension.

“The protesters who conducted themselves in a manner capable of causing a breach of peace also caused a temporary traffic jam. But for the professional way the police managed the protest, it would have led to violence.

“Much as we commiserate with the bereaved family on the death of their lovely and promising child, it is advised that the protesters and other individuals or groups who are still aggrieved should go to the law court to seek redress instead of taking the law into their own hands.

“Thus members of the public who may have any misgivings about the outcome of the police investigation, medical enquiry and legal advice with this case are advised to follow due process in law rather than resorting to self-help. The police will not fold their arms and allow any act or omission that could threaten the peace being enjoyed in the state.”

Meanwhile, the Oromoni’s lawyer, Femi Falana (SAN), and the father of the deceased student had noted that the acquittal of the suspects was to pave way for the reopening of the college earlier shut by the state government, whilst insisting on the coroner inquest into the death of the schoolboy.