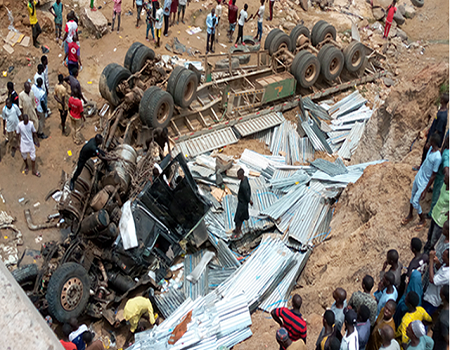 A group, Tangale Community Overseas, on Friday, blamed the death of 12 persons in Billiri Local Government Area of Gombe State on the Governor, Muhammadu Yahaya.

The group blamed the governor for allegedly not being proactive enough in a press statement on Friday signed by its secretary, Lamela Lakorok.

The statement read in part, “The Tangale community ushers in the new year with tears as they buried 12 young men whom Fulani herders massacred in their homes. No doubt, the state security agency did its job by providing intelligence early enough to save lives, and we applaud them for that.

“We also thank our dear neighbours of Fulani extraction, with whom we have lived for centuries, who have provided intelligence on the planned attacks on the Tangale people.

“We are keenly aware that the marauding attackers are not our local Fulani neighbours but imported from outside Gombe state. Everyone with common sense knows the attack is unprecedented in the entire Gombe State.

“Therefore, the commonsense question is, why this time? What circumstances are behind the sudden targetting of the Tangale people and the murder of people created in the image of God?

“Unfortunately, the state has refused to protect the citizenry. Instead, it resorted to shameless lies and misrepresentation of facts.

“As if that is not enough, no one has heard the voice of the governor either confirming or condemning the massacre. Is the governor not the chief security officer of Gombe State? Is this the typical response of a leader?”