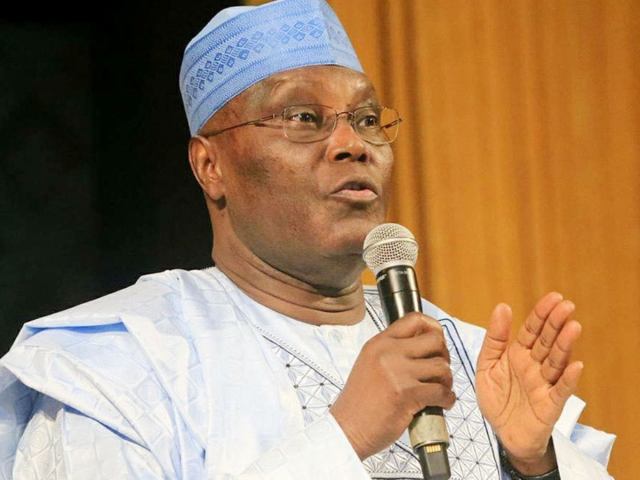 Alhaji Atiku Abubakar, the former Vice President of Nigeria has said he will declare interest in the 2023 Presidential election on the platform of the Peoples Democratic Party, PDP, in the first quarter of 2022.

Atiku who defeated eleven other aspirants to the sole ticket of the party in the Presidential convention held in Port Harcourt in 2018 has not hidden his craving for the office having gone round the country in consultation for the exalted office in the past few months.

Although the leadership of the party last week dismissed media reports it had zoned the Presidency to the North; an associate of the former Vice President who does not want his name in print told our correspondent that barring any dramatic twist, “the Wazirin Adamawa will talk to Nigerians once again about his intention to run for the Office of the President in the next general election. He will do so in the first quarter of 2022.”

According to him, insinuations that governors are likely to back one of their colleagues for the Presidential ticket is nothing new, adding that the party knows “exactly the candidate that can win a Presidential election on its platform.”

He continued: “There is no point talking about issues that are neither here nor there. With due respect to our governors, I dare say Atiku is the kind of leader every party prays to have in its fold. He is widely known nationally and internationally. Any governor presently aspiring to the Office of the President should wait for his time. The PDP as a party must avoid the temptation of experimenting with a flag bearer whose chances of taking us to Aso Rock is doubtful.”

Atiku, according to the PDP chieftain, is currently reviewing “Making Nigeria Great Again,” the 2019 Presidential manifesto which saw him garner over 11 million votes to emerge first runner-up behind President Muhammadu Buhari.

“The challenges are basically the same but you will agree with me that a lot has changed in the past four years. So, there is need to take out some ideas he no longer considers useful to give room for new ones that are pertinent. Work is ongoing on that document and His Excellency once he is satisfied with it, will again address Nigerians,” he added.

Media mogul, Chief Raymond Dokpesi has since kick-started a pro-Atiku 2023 solidarity awareness even as a former governor of Niger State, Babangida Aliyu last week came short of saying the North will rally round the former Vice President ahead of the 2023 election.

Although more notable figures of Northern extraction are expected to join the race for the PDP Presidential ticket, Atiku’s immediate challenge in the North is the threat posed by former Senate President, Dr. Bukola Saraki, Governors Aminu Tambuwal and Senator Bala Mohammed of Sokoto and Bauchi states respectively.

The trio, according to findings by Vanguard had in the past few months visited notable personalities across the country ahead of their declaration for the big contest.

While Saraki and Tambuwal are riding on their impressive outings at the Port Harcourt convention, Bala Mohammed is said to be enjoying the support of prominent politicians including big-time businessmen who crossed path with him when he served as Minister of the Federal Capital Territory, FCT,  in the government of President Goodluck Jonathan.