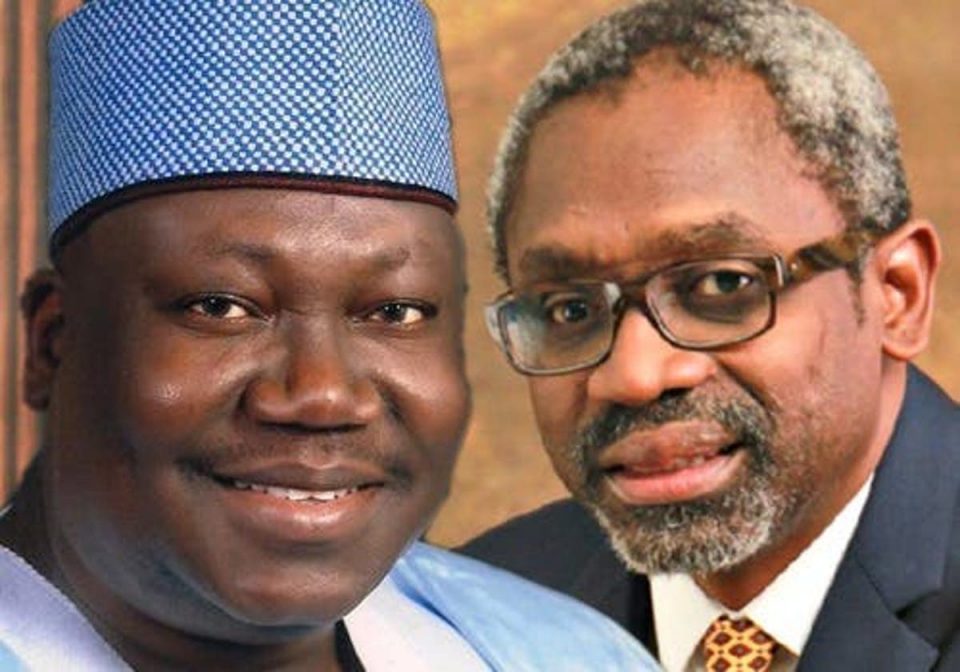 Some members across the two chambers, who were visibly angry about the development, told Sunday PUNCH on record that members were not carried along on the projects inserted.

They however spoke on condition of anonymity, alleging that only the leadership of the two chambers and members of their respective Appropriation Committees were beneficiaries.

The President had while signing the 2022 Appropriation Bill and the 2021 Finance Bill into law in December 2021, expressed strong reservations on the “worrisome changes” made by the National Assembly to the budget estimate. He lamented the reduction in the provisions for many strategic capital projects to introduce ‘Empowerment’ projects.

Buhari accused the National Assembly of reducing provisions for about 10,733 projects and introducing 6,576 new projects, which increased the budget from N16.39tn by N735.85bn to N17.13tn.

“The cut in the provisions for several of these projects by the National Assembly may render the projects unimplementable or set back their completion, especially some of this Administration’s strategic capital projects,” the President added.

He had also expressed his reservations on the “inclusion of new provisions totalling N36.59bn for National Assembly projects in the Service Wide Vote, which negates the principles of separation of powers and financial autonomy of the legislative arm of government.”

However, the Senate President, Ahmad Lawan, had defended the action of the lawmakers, insisting that they acted in the interest of Nigerians. Some other members also told our correspondent in separate interviews that by virtue of the power of appropriation conferred on the National Assembly by the Constitution, the lawmakers have the right to tinker with the Appropriation Bill like any other bill.

But one of the aggrieved members, who is a ranking member, accused the leadership of both chambers and their respective Committees on Appropriation of unilaterally and discreetly inserting the projects Buhari complained about at the budget signing ceremony.

The lawmaker, who is a member of the ruling All Progressives Congress, alleged that the insertions were made unknown to other members of the National Assembly until the President raised the issue.

He said, “Majority of the members of the House of Representatives and the Senate are not aware of the insertions. The insertions came from the Committee on Appropriations and the leadership of the two chambers.”

Asked about the true owners of the projects, the lawmaker said, “The projects are tied to mostly the leadership and membership of the committees – the two committees. Go and check it. Their number in the House, I don’t know. But in the Senate, they are more than 30. Those are the people that did this insertion.

“As far as senators and members of the House are concerned, they are not aware of the increase. Nobody discussed it whether at plenary or during a closed session.”

On the claim by another lawmaker that the projects were inserted to serve electioneering purposes, the source said, “Only a few benefitted.”

Another lawmaker in the lower chamber averred that what the leadership did was unfair to other members. He explained that since the entire National Assembly came under attack by both the President and members of the public, the benefit should not be for a privileged few while other members were kept in the dark.

The lawmaker added, “My disappointment with the President is that this issue of yearly complaint is not new. However, the caveat that he would forward amendments (via a supplementary budget) is something that we will look up to.”

He argued that the President should have withheld assent to the budget like he did to the Electoral Act (Amendment) Bill.

The lawmaker added, “Ask members, some senators don’t even know what is happening. Many senators don’t know. Members of the House of Representatives don’t know, unless those that are close to the beneficiaries and have lobbied them.

“The culprits are those that signed the budget, I mean the Chairman of the Appropriations Committee in our chamber, the House of Representatives, and his committee.”

Meanwhile, in a fresh revelation, a ranking senator confided in Sunday PUNCH that the lawmakers deliberately raised the benchmark price of crude oil from $57 per barrel to $62 to enable them to fund their inserted projects with the excess fund from the oil sale.

The senator added, “The original benchmark was $57, and instead of saving the excess fund to repay our huge debt, my colleagues decided to increase the benchmark to $62 per barrel to get money to fund the inserted projects cited mainly in their constituencies.

“In fact, if we were to pass the budget now, I can assure you we would have raised the benchmark to about $70 per barrel and the budget would have been higher than the N17.12tn.”

Asked to respond to the allegation, the Chairman of the Senate Committee on Media and Public Affairs, Senator Ajibola Basiru, said, “I don’t know anything about the allegation. You can ask them to substantiate their allegation. He who asserts must prove. If they have an allegation, let them prove it.”

The spokesperson for the House, Benjamin Kalu, however, did not answer several calls made to his telephone line. A message was sent to him on Thursday to react to the allegation, but he had yet to reply to the message as of press time on Saturday.

But the Chairman of the House Committee on Appropriations, Aliyu Betara, stated that all members had projects in the budget, saying he could name the projects the aggrieved members had in the budget if he was told their names, a request our correspondent declined.

The Chairman of the Senate Committee on Appropriations, Barau Jibrin, however, did not answer calls made to his mobile.

Also, a senior official in the Office of the Speaker of the House, Mr Femi Gbajabiamila, who spoke to our correspondent on the condition of anonymity, berated the lawmakers alleging budget padding.

The official asked if the accusers could state specifically the projects they were referring to. According to the source, Buhari made a general comment without giving specific details on the projects inserted in the budget as to what the projects were about and where they were domiciled.

“We understand how it is easy to make such an allegation. Committees of the House – chairmen and members – meet with Ministries, Departments and Agencies, which we have always known, and MDAs usually say, ‘This is the envelope they gave us but we need this and that. That is one way that the budget increases. It is also possible for the MDAs to present new projects to the committees but you cannot do that without the knowledge of the chairmen of those committees,” the source said.

The official noted that chairmen of the standing committees, which are sub-committees in budget consideration, usually defend the proposals when laying their reports before the Committee on Appropriations.

The official added, “When somebody now comes up to make a sweeping argument without knowing the specific project; claiming that all the projects the President referred to, which he did not state, were from the chairmen (of the appropriations committees) and the leadership, I am asking, can the person mention which project- just one – that was inserted.”

The Special Adviser to the President of the Senate on Media, Ola Awoniyi, did not answer calls made to his mobile to defend his principal over the allegation.

Budget padding or lawmakers inserting projects into the Appropriation Bill submitted by the executive has been a recurring issue in the National Assembly.

It only became a matter of national concern in 2016 when there was a disagreement between the then-Speaker of the House, Yakubu Dogara, and the then chairman of the House Committee on Appropriation, Abdulmumin Jibrin. There were counter-accusations on the number of projects inserted by the leadership of the House.

Over the years, the lawmakers have insisted that they have the powers to introduce new items into the budget as they could to any other bill brought before them.

DSS Explains Why Sowore Might Remain In Detention For 90-Day