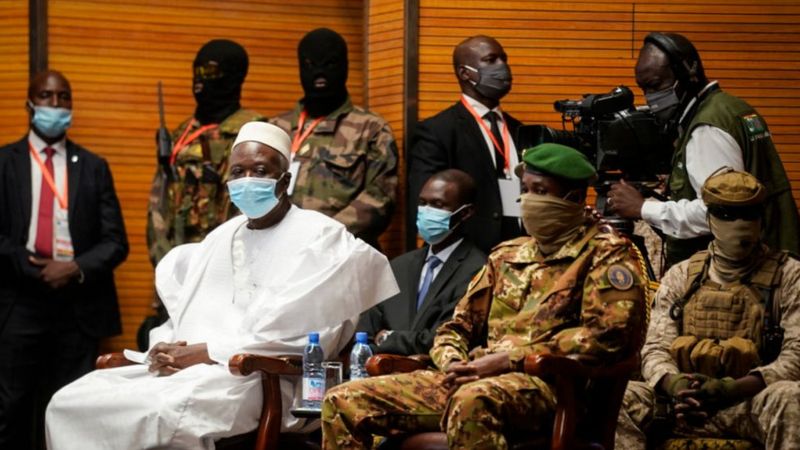 A decade after civil conflict erupted in Mali, hopes for an early resolution to insurgency and strife have not materialized, the Special Representative of the Secretary-General for the country, El-Ghassim Wane, told the Security Council on Tuesday.

Instead, the UN top envoy explained, “insecurity has expanded, the humanitarian situation has deteriorated, more children are of out of school and the country has been affected by an endless cycle of instability.”

In fact, more than 1.8 million people are expected to need food assistance in 2022 compared to 1.3 million in 2021, the highest level of food insecurity recorded since 2014.

And more than half a million children have been affected by school closures, which the envoy believes puts “the future of the country in jeopardy”.

Despite these challenges, Mr. Wane argued that the situation “would have been far worse” without the engagement of the international community, including the deployment of the UN peacekeeping mission (MINUSMA) in 2013.

The Malian Government has been seeking to restore stability following a series of setbacks since early 2012, including a failed military coup d’état, renewed fighting between Government forces and Tuareg rebels, and the seizure of its northern territory by radical extremists.

The Special Representative also briefed the Council on the current stand-off between the Economic Community of West African States (ECOWAS) and the Malian transitional leadership, controlled by the military.

Over the weekend, ECOWAS held an Extraordinary Summit and decided that the proposed timetable for the transition, lasting up to five and a half years, was “totally unacceptable”.

Urging Malian authorities to focus on a speedy return to constitutional order, they decided to uphold individual sanctions put in place on 12 December and imposed additional ones.

The new sanctions include the recall of ambassadors from Bamako, the closing of land and air borders, suspension of all commercial and financial transactions (with some exemptions), and the suspension of financial assistance, among others.

Mali reciprocated by recalling its ambassadors and closing its borders with the ECOWAS Member States.

In an address to the nation on Monday evening, however, Transition President, Colonel Assimi Goita, called for unity and calm, stating that Mali remains open to dialogue.

Mr. Wane explained that supporting the transition is a key aspect of the MINUSMA mandate, so the mission will try to find a consensual way out to overcome the impasse.

“A protracted impasse will make it much harder to find a consensual way out while increasing hardship for the population and further weakening state capacity”, he argued, warning that such scenario would “have far-reaching consequences for Mali and its neighbours.”

Beyond the political transition, Mr. Wane believes it is also crucial that the Council continues to pay attention to the implementation of the peace agreement and to stability in the Centre of the divided nation, calling it two “building blocks” for a peaceful and stable Mali.

Back in December, a process of national consultation, known as Assises Nationales de la foundation, ended with a series of main recommendations, including a constitutional review, the creation of a Senate, the acceleration of the Disarmament, Demobilization and Reintegration (DDR) process and territorial decentralization.

For Mr. Wane, these proposals “offer a window of opportunity on which all stakeholders should build upon to move forward on the implementation of the peace agreement.”

The Special Representative also provided an update on MINUSMA’s activities, noting that 2021 saw more extremist attacks than any years prior.

The mission ended the year with the highest number of casualties since 2013, following a significant rise of attacks targeting main axes, convoys, camps, and temporary operating bases.

In total, 28 peacekeepers died, including seven Togolese in a single incident back in December.

The conflict has also had a devastating impact on civilians and the humanitarian situation.

On 3 December for instance, 32 civilians, including 26 women and children, were killed near Songho when their bus was attacked by extremist elements.

In such difficult circumstances, Mr. Wane described the response to the humanitarian appeal as “lukewarm”, with only 38 per cent of funding received.

U.S. Commits to the Fight Against Human Trafficking in Tanzania