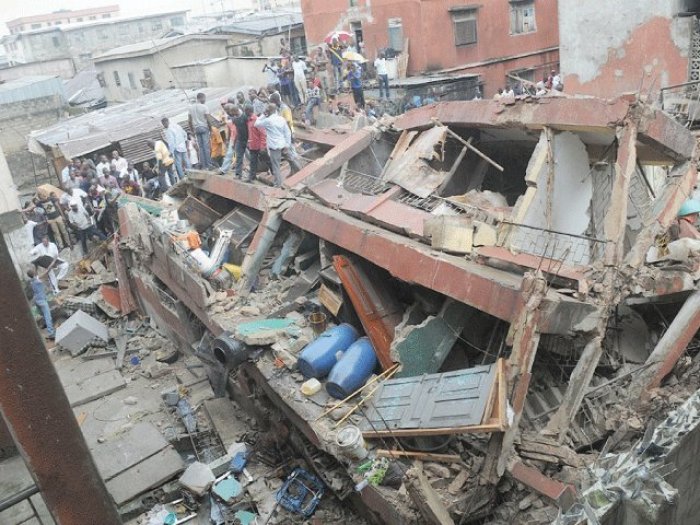 The building which is reportedly being used for the first time collapsed at about 5:55 pm during Tuesday evening service.

Our Correspondent reports that over 35 persons, including children, women and men have been rescued unhurt, while four persons have been rushed to the Asaba Specialist Hospital for medical attention.

The Vanguard gathered that the building,  which is over 10 years was initially designed as a plaza before the church bought it at N300 million, adding that the one storey building was being reconstructed by the Church.

A church member, who simply identified herself as Grace, said the service was ongoing when the building collapsed with a thunderous noise, saying; “we were clapping and praying when suddenly we heard the cracking and the building swallowed the children section with the children.”

According to her, they were observing their new year 21, adding that they came for evening service to break the day fasting with a communion service when the building collapsed.

A woman who was wailing beyond control at the scene said her three children were among those trapped in the building.
Inline Related Posts

As at the time of filing this report, Secretary to the State Government, SSG, Chief Patrick Ukah, the State Commissioner for Health, Dr Ononye Mordi, a team of Red Cross officers,  firefighters, Police officers and men of the Delta State Emergency Management Agency were on the ground on a rescue mission.

As at the time of filing this report, Worshippers, family members and sympathisers were crying as efforts were on to rescue other victims. Meanwhile, a government source, said only one person died, adding that other victims were rushed to the hospital for medical attention.
Vanguard

Buhari To Present 2021 Budget Next Week