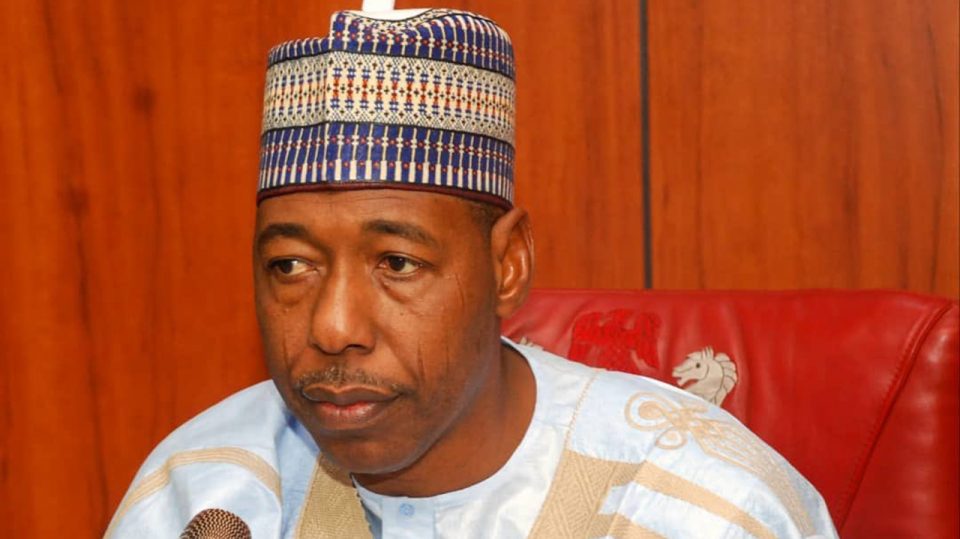 Borno State Governor, Babagana Zulum, has cautioned Senator Ali Ndume against making comments that will incite the populace against repentant Boko Haram insurgents who are being reintegrated into the society.

The Governor, during a courtesy visit by the Senate committee on the army to the government house in Maiduguri, said the Senator has been inciting in his comments which ideally shouldn’t be heard of from a patriotic Borno citizen of the Senator’s standing.

“I only have one discrepancy with Senator Ali Ndume. I heard him criticising the repentant terrorists and I felt that this should not have come from someone from Borno. I called him to register my disappointment with his comments. We know where we were before now. Ndume cannot go to his hometown without a security escort.

“Ndume’s hometown, Hambagda has been deserted for the past seven years and no one is living there. 95 per cent of his people cannot go to their farms till this moment. But the situation is different since we started witnessing the surrender of the terrorists. Areas under cultivation have increased by seven hundred per cent and farmers have had bumper harvests this year.

“Whether we like it or not, we have to welcome these repentant Boko Haram insurgents. Although some of them may not be genuine, quite a number of them are genuine. Relative peace is gradually returning to the state as such we should encourage them to surrender not incite the locals against them.

“Out of the over 20,000 that have surrendered, about 5,000 of them are fighters. So imagine the destructions these fighters would cause if they haven’t surrendered. Until now, two local government areas of Borno State -Abadam and Guzamala, are still under the firm control of Boko Haram.

Some communities in eight local government areas including Gwoza, Damboa, Bama, Chibok and a host of others still have elements of Boko Haram insurgents,” the governor stated

Zulum said the government will continue to explore avenues to encourage the insurgents to surrender their arms for peace to return to the state under his administration.