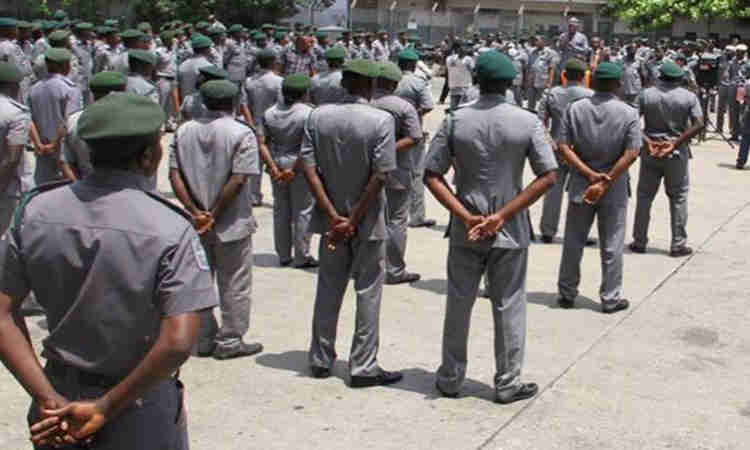 Ahmed who displayed the ammunitions at the headquarters of the Command in Ilorin said they were seized in the new year at Bukuro in the Baruten Local Government Area of the state.

He said: “The Command is showcasing the strategic and remarkable seizures of a large quantity of ammunition packaged in 25 packs of 25 rounds each, contained in fourteen cartons, worth N1,444,000. This landmark seizure was made around the Bukuro axis of the Command.

“Based on an intelligence report, the Command intercepted a Peugeot 504 vehicle with registration number AP 448 AKD. On searching the vehicle, it was found to contain a large number of pump-action cartridges suspected to be smuggled into the country. Section 149 of the Customs and Excise Management Act of April 1958 Cap 45 LFN 2004 (as amended) gives Customs officers powers to search vehicles/ships.

Ahmed who said that ammunition was classified under schedule 4 of Absolute Prohibition List of the Common External Tariff of the Nigeria Customs Service noted that “This epic seizure is very commendable at the backdrop of the heightened insecurity in the country.

“Should 3,620 rounds of live ammunition of this magnitude find its way into the country and fall into the wrong hands, the result would be appalling, devastating and disastrous.”

Stressing the importance of the intelligence network in the country, the Controller said that greater successes are continuously being recorded by the Command.

Despite resistance, threats and confrontations with charms, stones and other dangerous weapons by the perpetrators of this criminal act, officers were able to evacuate a total of 402 bags of foreign parboiled rice of 50kg each, using about 21 official patrol vehicles to convey the goods to the Command Headquarters.

On revenue, the Controller disclosed that the Command generated a total sum of N19.159 billion between July 2019 and December 2021 which had been paid to the federation account.

He said that out of the amount, the sum of N9.848 billion was generated between January and December 2021, which surpassed the revenue generated in the year 2020 with N2.942 billion.