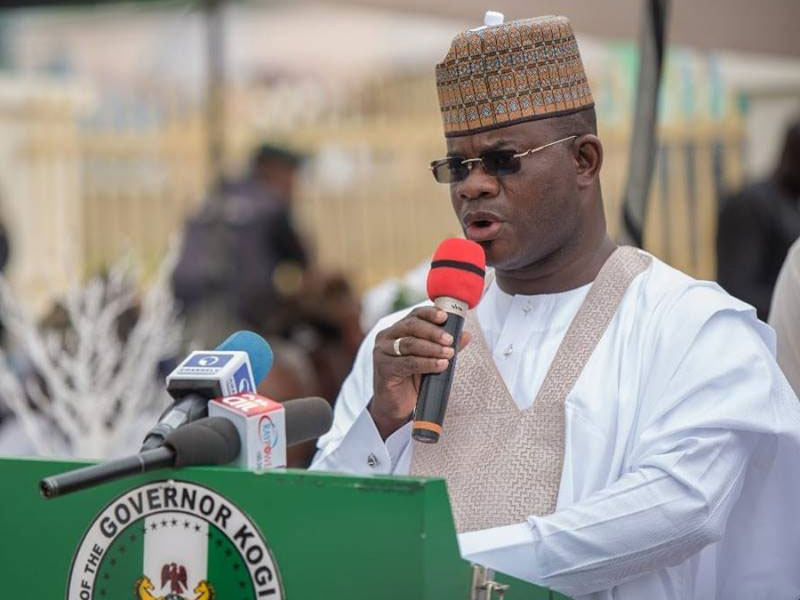 Governor Yahaya Bello of Kogi State has on Thursday, stopped the activities of ‘illegal tax collectors’ and ordered the removal of their roadblocks mounted on the Okene-Lokoja road.

Also, the governor ordered all such illegal tax roadblocks operating in the state for the purpose of tax collection to be dismantled immediately.

Governor Bello stated that their activity is frustrating transporters and other road users in the state.

It was reported that the Governor ran into a long queue of vehicles on the Okene – Lokoja highways Thursday morning, under the regime of the said tax collectors and felt embarrassed.

Daily Trust correspondent gathered that he alighted from his car and ordered one of his security aides to supervise the removal of the roadblock immediately, after having words with the ‘illegal tax collectors’.

“The activities of the illegal tax collectors on the road are a serious source of frustration to taxi drivers and drivers of articulated vehicles because of the high illegal charges,” Bello said.

The governor warned that he would not condone such practices anywhere in the state, stressing that only legally constituted tax collection agencies, backed up by relevant statutes would be allowed to carry out their duty.

A transporter, Joseph Makinde, who ran into the web of the tax collectors on the highway, said they have spent hours lining up to observe the formalities created by the tax collectors before the arrival of the governor who ordered their roadblock dismantled immediately.

Niger Delta Oil Does Not Belong To Nigeria, Afenifere Insists