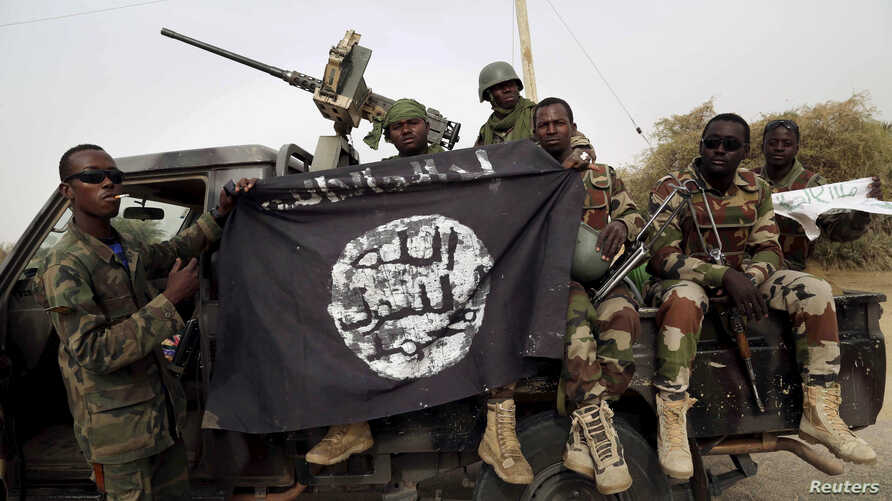 Apart from burning down a church and some residential houses, the insurgents also invaded the resident of a renowned business man (name withheld) and set all his properties ablaze before snatching a cell phone belonging to his wife.

Kautikari is located East and about 15km drive from Chibok town predominantly occupied by Christian Faithful.

Unfortunately, a son inlaw (name withheld) of the business man who resides with his family in Maiduguri told our Correspondent that he received a distress call from the snatched phone of his mother inlaw by the insurgents demanding for recharge card early Saturday morning, before he inform the caller that ‘God is in Control’, and quickly put off the phone.

“Our people of Kautikari are displaced following the attack on the community last Friday which is our market day.

“The armed insurgents killed four people, destroy shops and loot food items. They also abducted scores of women and children as many are still missing.

“Our Church has been razed down, including my father in law’s house and shops in the community. I spoke with some of the family and they told me they are all safe, though displaced now.

“Unfortunately, my mother inlaw’s cell phone was snatched from her by the terrorists. I received a distress call from the snatched phone this morning by the insurgents demanding for recharge card, before i informed the caller that ‘God is in Control’, and i quickly put off the phone,” he narrated.

Observations of an Expat: A Bad Year