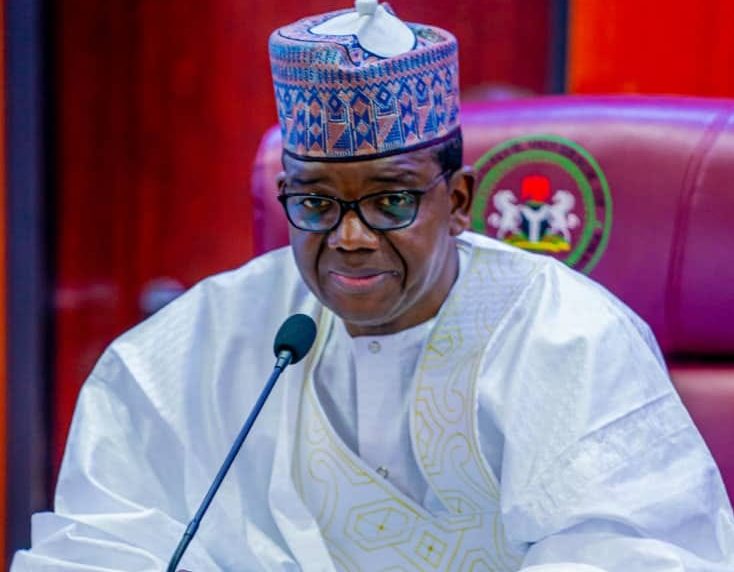 Zamfara State governor, Bello Matawalle has on Monday said that with the kind of people the State has, banditry would not end soon.

He said: “ With the kind of people we have in Zamfara State, I don’t think this issue of banditry will end very soon because, already, some people are behind it. Some people are using it.”

He however vowed that his administration would revealed the powerful people collaborating with the criminals causing mayhem in the state.

He said this during an interview with State House correspondents after meeting with President Muhammadu Buhari at the presidential villa, Abuja.

According to him, President Buhari’s determination to strengthen security activities in the state will bring changes in the situation.

He debunked reports that over 200 persons were killed in the recent attacks in Bukuyyum and Anka areas of the state, saying that the victims were 58.

The governor said that banditry should have become a thing of the past in the state if not some individuals he described as political bandits fueling criminality in Zamfara.

He said that he visited the scenes of the recent attacks in the state even as he accused the “political bandits” as being behind the bandying of unverified figures.

Asked what can be done to bring a permanent solution to the insecurity in Zamfara, he stated: “Well, you know when I assume duty as a governor I used so many options to bring this insecurity to a minimal level. First of all, I initiated dialogue and reconciliation between the herders and farmers and during that dialogue, we spent more than nine months without any crisis in Zamfara State. It worked.

“But unfortunately, people use politics, because they have collaborators, of course. So, they went back to those bandits, telling them that the government is not serious about this dialogue, that we did not give them anything.

“So, the bandits decided to go back to their normal businesses. That’s why I backed out from the reconciliation programme. But definitely, it worked for over nine months. But because this is something that I inherited, that has been going on for almost eight years, and you don’t expect it to end within just two years of my administration. Because it is supposed to be ongoing process.

“So, after I realized that some of them had backed out of this dialogue, then I cut off the programme. I then initiated the cutting off communications, and some logistics that used to go to the bandits from August 2011 to December 2011. And it worked too.

“But sometimes those collaborators who are usually happy with what is happening, who even jubilates when people are killed, they went back and started again, saying that the government is not serious and instigating some of the public. In fact, they even dragged me to court.

“So you see with the kind of people we have in Zamfara State, I don’t think this issue of banditry will end very soon because, already, some people are behind it. Some people are using it.

“And all they need is at least to show Nigerians that both the federal and Zamfara state governments are not serious on the issue of insecurity, despite the fact that some of them are involved in the crisis of this insecurity. But we’re doing our best.”

The governor, who disputed the figures put out as those killed in the latest terrorist attacks in the state, said he was at the State House to brief the President on the security situation in Zamfara.

He said, “I briefed Mr. President on what happened and the next action that we should take and the government is doing everything possible to make sure that we bring sanity in state.

“All the action that we have taken, we have recorded successes within just three days. And you will bear me witness after that attack, there has not been any report any banditry activities in the state until today.”

On the number of people killed recently, Matawalle explained: “Yes, I have already cleared the air about the figures because I have seen some reporting that 200 people, 300 people, 500 people were killed. But I went to the community by myself and the security agencies.

“But actually it is just 58 people that have just been killed. But some people will just go to social media and be writing some figures and I have informed Mr. President of some people who think that with this insecurity they can achieve something out of it.

“Because I wonder how people will just be writing figures without having genuine information from those communities. Someone will just call a media personnel and tell him that look so so number of people have been killed in so so place.

“Some people even swear with Holy Koran that thousands of people have been killed which is grossly misleading but we know all those kind of people do not want peace in the nation but God will prevail Inshallah.”

Asked to comment on the allegation emanating from the government circle that some powerful persons including some retired military officers were behind the insecurity in the state, he said that investigation to unravel those behind terrorism was ongoing.

He said, “Well, like I said, we are still investigating those that are involved in these activities and we’ll let the public know after the confirmation of the reality of all the information that we have at hand. Because, we are working to make sure that all those who have hand in this insecurity must be brought to justice.

On his interaction with the President Buhari, he said the president assured him on action that will be taken soon to address Zamfara insecurity.

“So, now, I initiated another option which I informed him

You know, issues of security are not something that someone should be talking on the screen of television or on the pages of newspapers, but I assure the people of Zamfara State that they will see changes very soon and Mr. President is committed to bringing down this issue of insecurity to barest level

“And I assure people that we have all it takes to fight these people and he has motivated me and when we go back on Wednesday, the people will see changes because I know what we discussed and I know what is going to happen within this period.

“So, my people would be happy with the action that the federal is going to take on the issue of insecurity very soon.”