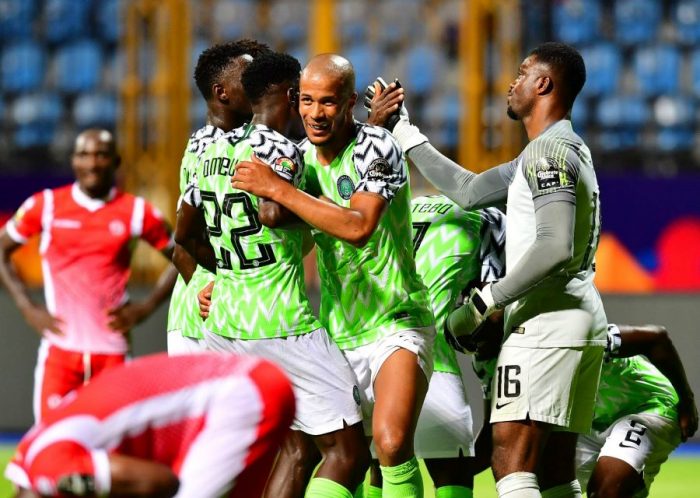 Authorities of Nigeria Football Federation, NFF have given reasons Nigeria may retain Austin Eguavoen as full-time coach of the Super Eagles who are presently doing well at the AFCON 2021in Cameroon.

Recall that Peseiro was named as the new coach of Nigeria on December 29 but would take charge after the ongoing Africa Cup of Nations tournament in Cameroon.

Punch reports that after the federation and Peseiro had agreed on financial terms, the Portuguese’s lawyer allegedly presented fresh conditions to the NFF, who we learnt, put on hold the formalisation of the deal till after the AFCON in Cameroon.

Peseiro was billed to be in Cameroon to assess the squad ahead of the 2022 World Cup qualifying play-offs, while Austin Eguavoen managed the side at the AFCON but the European hasn’t shown up, which raised eyebrows.

It was also learnt that the NFF might have a rethink over retaining Eguavoen, after the coach, who was hired on an interim basis, won his first three games at the AFCON, with the side now playing exciting football.

Our correspondent spoke with a top NFF official in Garuoa, who refused to confirm or deny if Peseiro had been contracted.

“I don’t think I want to go into that matter,” the official who spoke on condition of anonymity said.

“There is an agreement with the federation and Peseiro, that I can tell you. I don’t know about the signing of contracts yet. Let’s wait till March when he is expected to resume, we will then know if a contract was signed or not.”

Meanwhile, Eguavoen is prepared to take over the team on a permanent basis if he is offered the job.

Eguavoen, who would revert to his role as Technical Director when Peseiro assumes his post as coach of the team, according to a statement from the NFF in December, added that he would offer his support to the Portuguese should he assume duty in March.

“Nobody is best for the job,” Eguavoen said.

“Those craving for me to take the job permanently, I say thank you and why not. I’m happy with the position I occupy in the NFF, but if that opportunity comes, why not? When we get to that river we will cross it.

“It’s not so easy. I was part of a group that interviewed some of the coaches for the job and as the Technical Director of the NFF, I had to be involved. If the NFF gives me the job, why not? But it is up to them to decide. If a contract has been signed then we have to respect it.

“The only thing I can guarantee is that we will have a good working relationship because I know the terrain, he does not and we have to make sure we provide a platform to be relaxed and I will support him 100 per cent because it is not about me but the country first.”