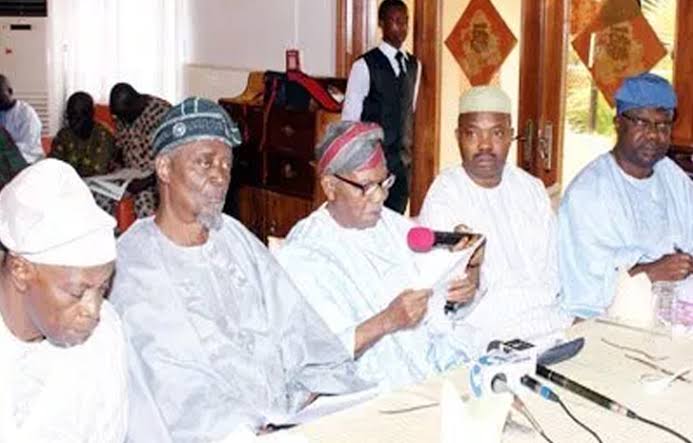 This was contained in a statement on Tuesday signed by MURIC Director, Ishaq Akintola, titled, ‘Tinubu: MURIC Tasks Afenifere’.

However, MURIC said it was shocking that Afenifere has remained taciturn two weeks after Tinubu declared his intention to run for the post of president by 2023.

The Islamic group’s statement read in part, “Afenifere is making a great mistake by distancing itself from Tinubu simply because the latter supported President Muhammadu Buhari. Afenifere is playing parochial politics. There is no scintilla of doubt that regional politics is parochial politics. It is myopic and unpatriotic. A visionary group will extend its horizon. That is what Tinubu has done and his nationalistic mien has earned him nationwide acceptance. You cannot remain locked up in your shell and expect the whole country to embrace you. Afenifere should wise up.

“Afenifere has one or two lessons to learn from the Igbo. Unlike Afenifere’s cold attitude towards the only Yoruba man who has shown interest in the presidency (at least publicly), the Igbo socio-cultural group, the Ohaneze, has pledged to support two Igbo men (Anyim Pius Anyim and Dave Umahi) who have expressed interest in the presidency with 10 billion naira. That is the spirit.

“We call on Afenifere to sharpen its political instinct. An adage says one good turn deserves another. The Yoruba socio-cultural group should neither reject its best candidate nor remain neutral at a time others are embracing their own.”

Afenifere leader, Ayo Adebanjo, had earlier said his group won’t back any candidate for president in the 2023 general election until the current 1999 constitution is changed to reflect true federalism and regional autonomy.

Asked if Afenifere would be backing Tinubu, Adebanjo had said, “I am not commenting on any candidature now. I am not recommending any candidature under this constitution until it is changed.