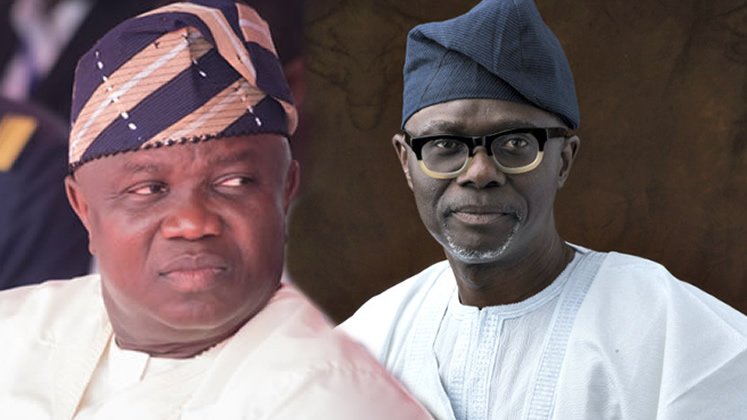 Former Lagos State Governor Akinwunmi Ambode is set for a rematch with the incumbent governor of Lagos State, Mr Babajide Sanwo-Olu for the 2023 gubernatorial election in the state.

Ambode has in a Facebook post on Tuesday appreciated Lagosians for endorsing his contributions to the development of the state.

The 58-year-old All Progressives Congress chieftain also urged youths to get their Permanent Voters Cards ahead of the 2023 general elections.

In a Facebook post on Tuesday, he wrote, “After all we have been through, God has been faithful. Thank you for the overwhelming endorsement of our modest contributions to the growth of Lagos. It can only get better for Lagos, and indeed Nigeria. The youths are coming.
The power is in their hands. Go and get your Permanent Voters Card (PVC) ready. Your future is NOW!”

Ambode was Lagos governor from 2015 to 2019 and had lost his reelection to Babajide Sanwo-Olu at the APC primary due to intra-party squabbles.

Ambode, the first Lagos governor to stay in office for four years since the return to democracy in 1999, was said to have been kicked out after APC leader and strong man of Lagos politics, Bola Tinubu, anointed Sanwo-Olu.

Like 56-year-old Sanwo-Olu who assumed office in May 2019, and would be completing his first term in office by May 2023, Ambode is constitutionally permitted to be in office for one more term of four years if the electorate so decide.

Before Ambode, the current Minister of Works and Housing, Babatunde Fashola, was Lagos governor between 2007 and 2015 while Tinubu was governor from 1999 to 2007.

Since he left office in 2019, Ambode has been extremely politically reserved. He also has not been seen at functions with any of his predecessors or his successor.

Though political permutations have earnestly begun ahead of the 2023 elections, Ambode has not declared his intention to run for a second term in office but there are indications that Sanwo-Olu wants to return for another four years.

“I think we are doing a very good job, I dare say so. I think the citizens know what it is they will be missing if they don’t let us continue to wrap up all the things we are doing,” Sanwo-Olu said in a recent interview when asked if he has any plan to throw his hat into the ring in the next election.