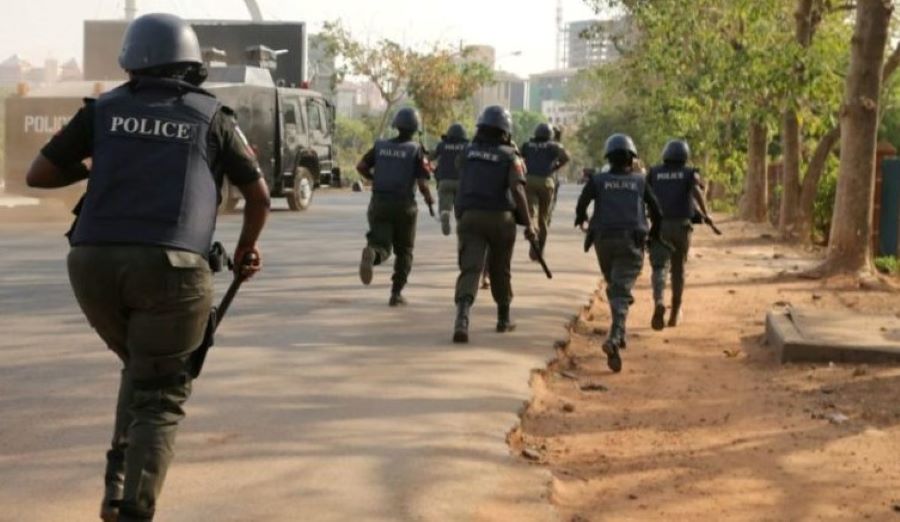 A Nigerian Policeman believed to be under the influence of alcohol has reportedly killed Donatus Vonkong, a Warrant Officer of the Nigerian Army attached to Operation Hadin Kai.

The sudden incident has resulted in uncertain tension at the Shehu of Borno palace in Maiduguri after the yet-to-be-identified policeman gunned down Donatus Vonkong.

Multiple sources confirmed the incident to Daily Trust, on Wednesday, saying the policeman was under the influence of alcohol.

The development caused pandemonium in the area as aggrieved youths vowed to hunt down policemen seen in the area.

But the military, while calling for calm, said the incident does not suggest any inter-agency rivalry between security agencies.

Last year, the Nigerian Army had said police officers were brutalising some of its personnel.

In a letter dated November 23, 2021, to all formations and units, the Chief of Army Staff called on military officers to “forward all recorded incidence of police brutality against personnel of the Nigerian Army.”

When contacted, the Director of Defence Information, Maj.-Gen. Jimmy Akpor, told Daily Trust that the incident did not portray inter-agency conflict, saying it is an isolated case.

According to the military spokesman, there are mechanisms for handling such cases among all the security agencies, noting that thorough investigations will be launched to prevent a recurrence.

He said, “In any case, when things like this happen, it could be accidental, but there are procedures for handling such issues. It does not suggest inter-agency conflicts. This is an isolated issue, and when they do occur, the various services have mechanisms for handling them.

“And I’m very sure that Operation HADIN Kai will investigate and carry out the necessary clear mechanism to ensure that it does not happen again. The most important thing is that we guide against future occurrences.

“There are mechanisms for handling such issues, it does not in any way portray conflicts between the military and the police. After all, they are all deployed together for the overall efforts of counter-insurgency operations over there.”