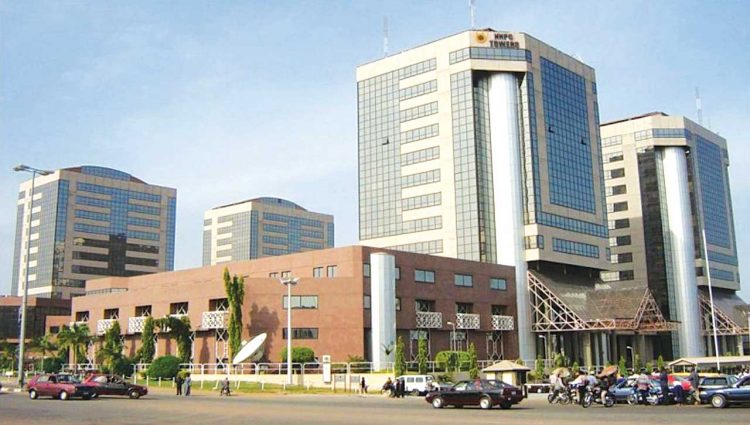 Authorities of the Nigerian National Petroleum Company (NNPC) Limited have confirmed on Wednesday that it received $224.29 million from crude oil and gas export in August 2021 as against $191.26million in July

The Corporation in a statement by its Group General Manager, Group Public Affairs Division, Garba Deen Muhammad on Wednesday said the export of crude oil amounted to $7.77million while gas and miscellaneous receipts stood at $65.26 million and $151.26million respectively.

It also disclosed that total crude oil and gas export receipts for the period of August 2020 to August 2021 stood at $1.84 billion.

Mr Muhammad said the information contained in the August 2021 NNPC Monthly Financial and Operations Report (MFOR) also revealed that in the gas sector, a total of 233.57 billion cubic feet (bcf) of natural gas was produced in the month of August 2021 translating to an average daily production of 7,534.67million standard cubic feet per day (mmscfd).

“Period-to-date production from Joint Ventures (JVs), Production Sharing Contracts (PSCs) and the Nigerian Petroleum Development Company (NPDC) contributed about 57.51 per cent, 20.88 per cent and 21.62 per cent respectively to the total national gas production.

“The report also indicates that out of the 208.64bcf of gas supplied in August 2021, a total of 131.35bcf was commercialized, consisting of 40.22bcf and 91.13bcf for the domestic and export markets respectively.

This translates to an average total supply of 1,297.54mmscfd to the domestic market and 2,939.31mmscfd of gas to the export market for the month”, he added.

NNPC also stated that the total gas supply for the period of August 2020 to August 2021 stood at 2,792.28bcf out of which 537.51bcf and 1,245.93bcf were commercialized for the domestic and export markets respectively.

It said in the downstream sector, “a total of 1.532 billion litres of white products were sold and distributed by the Petroleum Products Marketing Company (PPMC), a downstream subsidiary of the NNPC, in the month of August 2021.

“A breakdown of the figure indicates that petrol accounted for 99 per cent of total sales, while Automotive Gas Oil (AGO), also known as diesel, accounted for the rest.

“In terms of value, a total sum of N203.43billion was made on the sale of white products by PPMC in the month of August 2021.

“Total revenues generated from the sales of white products for the period of August 2020 to August 2021 stood at N2.619 trillion with petrol contributing about 99.76 per cent of the total sales with a value of N2.613trillion”.

The Corporation also reported that 21 pipeline points were vandalized during the month representing 50 per cent decrease from the 42 points recorded in July 2021.