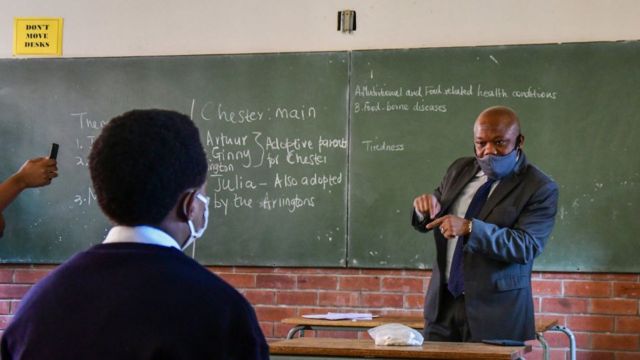 Addressing newsmen at a press conference in Abeokuta, the Ogun State capital, the union’s national vice president, Olusegun Lana, said the audience with the governor would afford them to bring to the table the win-win ideas that would help him consolidate his administration’s laudable efforts in revamping the College.

Lana listed the festering issues inherited by Abiodun’s administration to include: accumulation of unpaid fractions of salary spanning a period of 76 months, unremitted pension contributions, as well as promotion without financial effects among several other demoralizing conditions.

Lana, flanked by other leaders of the union, submitted that TASCE had suffered untold hardship on account of neglect and poor funding under successive administrations.

He noted that the present government had eased the tension and brought hope to the school with the regular payment of staff bringing the implementation up to 75 per cent.

Lana, who is also the southwest zonal coordinator, said the union believed in collective bargaining based on constructive engagement, mutual respect and great consideration for smooth-running of the system.

“Beyond correspondences, we are seriously seeking the governor’s audience to present well-thought-out ideas that can solve the lingering issues.
“This is because we had in the past written letters that were probably not delivered to the appropriate desk, or not given the attention it deserved because such were not brought to his attention, or maybe they were lost in transit.

“If we have demands and also solutions to such demands in such a way that is so sensitive to the financial obligations of the state, we are of the strong opinion that Mr Governor will listen to us; it is just a burden of having the political will to solve them and we do not have any ‘Plan B”.