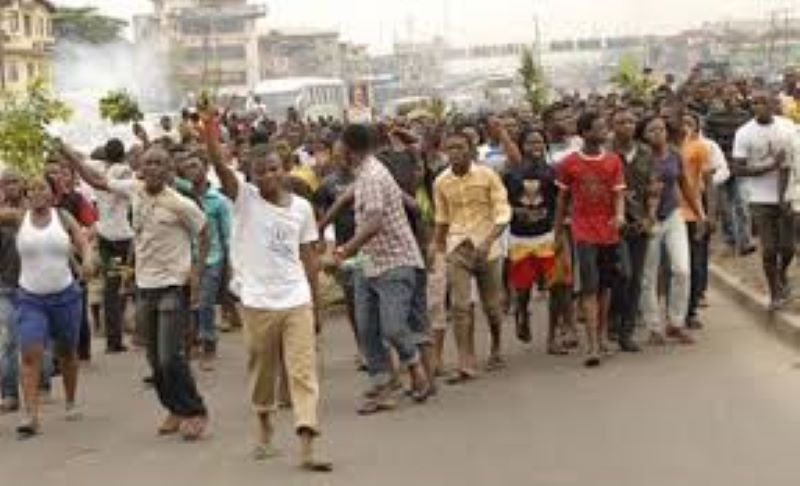 The Nigerian youths under the Peoples’ Democratic Party (PDP) National Youth Movement across the six geo-political zones of Nigeria have vowed to proceed on a peaceful protest over the present state of the nation.

Youths in the six geopolitical zones, on Thursday in Abuja unanimously agreed during their 2022 quarterly world press conference held at NUJ National Secretariat vowed that unless there is a positive change in the hardship of the citizenry, it would hit the streets on March 26.

Speaking at the conference, its National President, Engr Amb Salahudeen A Lukman pointed out some grey areas that must be addressed as a matter of urgency.

He said: ”No fuel as petrol sells for 250/litre with a persistent longest queue for over a month. ”No electricity, as Nationwide black following national grids collapsed for 2nd time under 24 hours.

”No jet fuel as the aviation sector and airlines operators threatened to embark on strike. ”ASUU rollover strike as student seat back at home for another 8 weeks over insincerity of FG.

”Cost of diesel increasing to N700 as numerous businesses fold up amidst inflation rise. The cost of gas increased as many households returned to firewood, charcoal among other old local cooking systems.

”Cost of air tickets increasing as many Nigerian could mot travel by air but forced to enter the unsafe road. ”Foodstuff increasing as the cost of transportation of goods and person skyrocketed.

”Electricity tariff increasing as FG illegally removed subsidy without due consultation with citizens. ”Roads unsafe as bandits, Kidnappers and BokoHaram operates in broad daylight on major Federal Highways across the nation.

”Repentant Boko Haram graduating as FG granted unmerited pardon and reintegration for killers while soldiers who secure permanent disability and those who lost their lives on the battlefield are left unattended ” Students frustrated as strike continues.

”But so disgusting, highly embarrassing and frustrating as Our president is cooling off in London all in the name of medical tourism while His wife taking fresh air in Dubai amidst a Birthday celebration party.”

According to him, the above amounts to an abuse of collective sensitivity of Nigerian citizens, insult on our intelligence and lack of regard for primary constitutional responsibility of Government to citizens.

Lukman said: ”NYM, we hereby declare 26th March 2022 as National action day for Mass action in the strategic state in the six geopolitical zones of Nigeria to draw the attention of the world to Nigeria people’s predicament, suffering.

EFCC Arrests Obiano On His Way To U.S