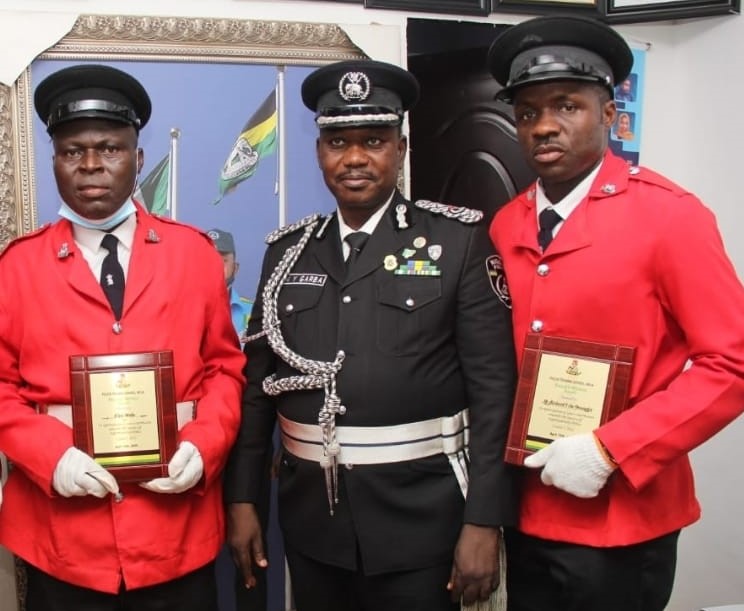 It added that both Onunaku and Otobo have distinguished themselves in academics, drills and also contributed immensely to the success of the course.

Speaking after the passing out parade, Mr McRichard Onunaku said: “I discovered the high crime rate in my area. I understand the emotional distress that people in these communities experienced. As a spy police officer, I would be able to use my position to make people feel safe where they live through community joint participation in criminal rehabilitation programs in my community, this would help members of the community become active members of the society once again.

“I also have an intention to register an NGO called SAY NO TO JUNGLE JUSTICE. It pains to see innocent lives wasted daily in several communities without giving them a chance to be heard or given a fair hearing.

”This NGO will cut across all the states and would seek to rescue people undergoing jungle justice before they are killed. This will be achieved by recruiting several members from all spheres of life. Our members would grow so large that it will have representatives in every marketplace and community”.

“The training has instilled in me the mindset of a police officer. Which is to protect lives and property. This now makes me feel responsible in ensuring people maintain law and order”.

On his part, Elvis Otobo who had the rare privilege and onus task of leading the course as the General 1, aka G1 paid tributes to the excellent qualities of the commandant of the school, DCP Musa Yusuf Garba who he described as a very disciplined and methodical in upholding the positive philosophies of the Police Force. The commandant said, “carries himself with dignity, decorum, accessible, compassionate, willingness to help, exceptional, detribalized, focus and extremely intelligent”.

Narrating his experience, Otobo said “leadership is a very difficult task and the role of the G1 is very strategic” I was focused on what l wanted to achieve and avoided many distractions that came my way. What gave me joy was the feedback at the end of the Course that we did excellently well, and we received commendations from all and sundry especially our course officer CSP Christiana Onephirojiro.

It was a thing of joy when the Commandant DCP Musa Yusuf Garba pronounced us certified Supernumerary Police Officers with full powers and privileges as contained in sections 18, 19, 20 and 21 of the 1999 constitution and the police act.

Otobo adds: “We brought some innovations into the course and l hope the authorities of the Police Training School will remember us for a very long time”.