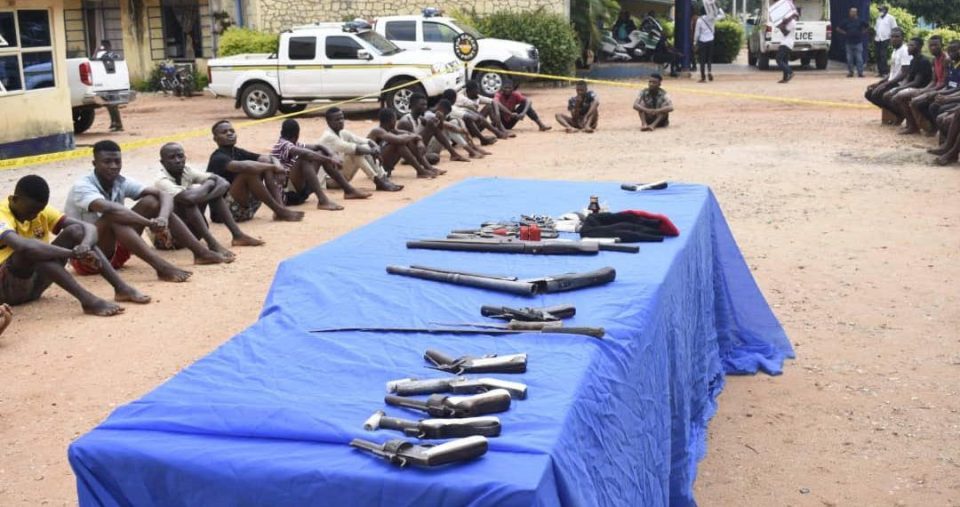 Surprisingly two women were among the suspects.

Another woman was arrested for child trafficking.

Commissioner of Police Janet Agbede said in Umuahia, the state capital that the suspects were picked up in various parts of the state in the last six weeks.

Agbede said two of them were hired assassins, while the rest were kidnappers, armed robbers, traffickers and cultists.

She said the women robbery suspects specialised in snatching motorcycles at gunpoint.

Revealing their method of operation, Agbede said they would ask a motorcyclist to take them to a particular point, where their male collaborators hid, then snatch the vehicle.

Agbede said they would be arraigned after police investigations.